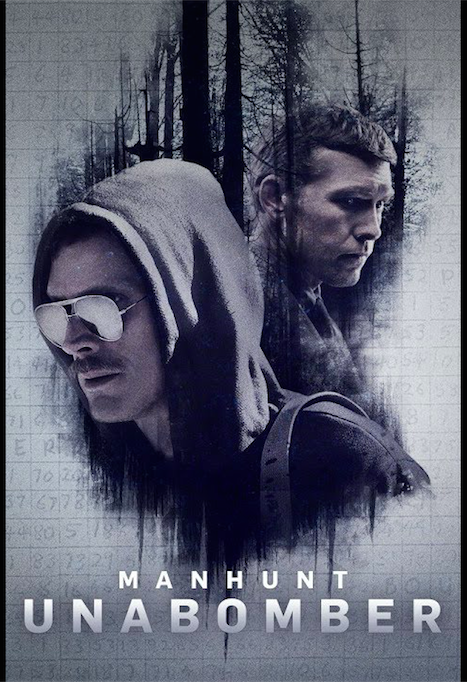 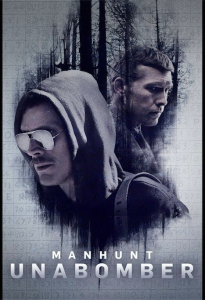 I’ve watched A LOT of news since the election (and before), so I’m honestly grateful for any show that manages to distract me from the way the current administration is f*cking everything up. You would think maybe I’d write about a comedy — there are SO many great ones — but I’m gonna tell you about Manhunt: Unabomber in case you missed it.

I feel like I could write a novel about this series, but instead I’ll just encourage you to watch it. If you need further convincing, here are my top 6 reasons you should watch this series.

5. Discovery took a big chance on this series. I don’t know if Manhunt: Unabomber did well enough in the ratings to merit a second season, but I think the critical acclaim might be enough to get us there. Every single person (both critics and everyone else) I talk to about this series raves about it. Discovery was kind of on my radar before this, but now I’m paying more attention to their programming because I love that they’re doing something different. In this time of peak TV, I really do appreciate networks that are taking risks. I want to see them stepping a little out of their comfort zones and experimenting. I hope this bet paid off for them and I hope they keep putting out challenging, interesting content like this.

4. The story. I didn’t know that much about the Unabomber before I watched this series. I knew Ted Kaczynski was in prison and before that I knew he was infamous for sending mail bombs. Also, I feel like now is the right time for us to have a national conversation about domestic terrorism — especially when so many white men are committing mass murder with semi-automatic or automatic weapons. But back to the Unabomber. This case led to the birth of forensic linguistics. This case hinged on David Kaczynski doing the right thing and turning his brother in. This case showed us how messed up things inside any bureaucracy are — even the FBI isn’t immune. This case showed us that getting justice done the right way isn’t glamorous and can take years.

3. Director and Executive Producer Greg Yaitanes. I’m officially a member of his fan club. I’ve followed his career for a while, so it was exciting to get to talk to Greg Yaitanes early this year about this series. The amount of time and energy he and the other producers put into this project is astoundingÂ  — and it shows. Before we can delve into a complicated story, before we can see the great performances, an awful lot of groundwork needs to be laid. There’s so much that goes into making a good story great and Greg Yaitanes and his team did the work.

3. The amazing supporting cast. Where do I even begin? We’ve got Jane Lynch as Janet Reno, Chris Noth as Don Ackerman, Mark Duplass as David Kaczynski, Keisha Castle-Hughes as Tabby and Jeremy Bobb as Stan Cole. And that’s not everyone. I like when a series, or a movie for that matter, makes sure every actor is right for every single role. Of course our two main characters are very important because we’re going to spend the most time with them; we’re going to be more invested in them. But for any story to work, all the characters should be compelling. And this series did a great job there.

2. Sam Worthington. Am I the only one that feels like Sam Worthington is underrated — even though he’s been in one of the biggest movies of all time? (p.s. It’sÂ Avatar, if you didn’t know). That was a big budget spectacle and I’m excited to see the next installment (although can James Cameron SHUT UP about Wonder Woman, please?), but I feel like people forget that Sam Worthington is quite a good actor. He really made you feel for this character, who isn’t that easy to like. Yes, Fitz got the job done but he managed to push away every single person he cared about. And by having someone like Sam Worthington portray him, I feel like we got all that nuance this story demanded.

1. Paul Bettany. Did you know this is Paul Bettany’s first foray into American television? So many actors from the big screen have been doing TV projects. There’s so many great stories to tell — that make more sense as an event or mini-series. So when I heard that both Paul Bettany and Sam Worthington were doing this, I knew it would be great. And the fact that Paul Bettany could make someone like Ted Kaczynski empathetic — or at least someone you might be able to partially understand — speaks to the strength of the story, the writing, and his skill as an actor. Paul Bettany inhabited this role in a way that was both frightening and enlightening. I wasn’t disappointed and you won’t be either.

Watch all 8 episodes of the series here. Click here for my exclusive interview with Greg Yaitanes.

Get With the Program and WIN Covert Affairs, Season 1 on DVD