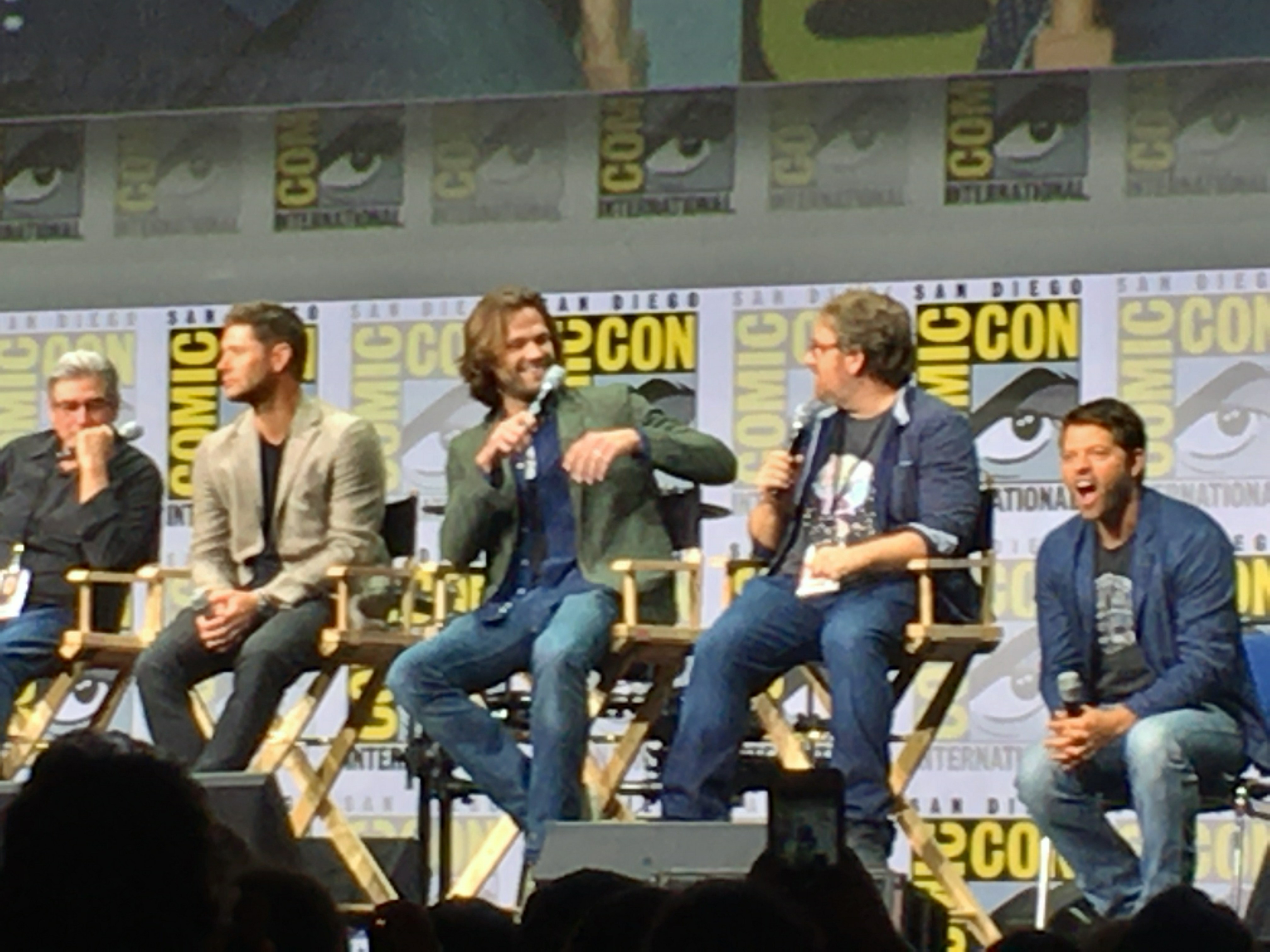 It’s hard to even think about focusing on anything other than the epic moment in the Comic-Con 2017 panel for Supernatural when Kansas performed “Carry On Wayward Son” for the Hall H crowd.

But other things did happen. Misha Collins sat on a tiny chair he dragged out on stage after “breaking news” dropped that Castiel is indeed in Season 13 (which came as a shock to no one).

What did come as a shocker was the news of a character who hasn’t been seen since season one is finally making a return appearance. Yes, Missouri Moseley (Loretta Devine) from one of the show’s most emotional episodes ever — “Home” — will be coming back for an episode. And she apparently won’t be the only former character to pop up in this universe or the alternate one. More classic characters are on their way back thanks to the other universe the show introduced at the end of Season 12. Back then it allowed for a Bobby Singer “resurrection.” No word on who else might get the alternate reality treatment.

The brothers Winchester have a lot to deal with when new episodes return. First of all, there’s Lucifer’s child, Jack. Sam and Dean — again, to no one’s surprise — will have differing opinions on how to deal with this hybrid spawn. They’ll also take opposing viewpoints on Mama Winchester. Dean thinks Mary’s gone but as long as Jack’s around, Sam feels there’s a chance to save her. Jared Padalecki even joked about how Dean’s going to be a bit of a “Deanie Downer” at the beginning of the season.

TV Goodness hit the press room after the panel to find out more about lucky Season 13. Jared, Misha and Jensen Ackles along with EPs Andrew Dabb and Robert Singer doled out more information on the reason why Missouri’s returning; what Jack’s presence and Cas and Mary’s absences mean for Sam and Dean; the Wayward Sisters spinoff and Jensen reflects on the surprise Kansas performance.

Supernatural returns Thursday, Oct. 12 at 8/7c on the CW.

Nothing else matters but #Supernatural. Season 13 premieres October 12 at 8/7c on The CW. pic.twitter.com/XThn2SMaSO

God Takes a Backseat in this Preview for Preacher "Sokosha"