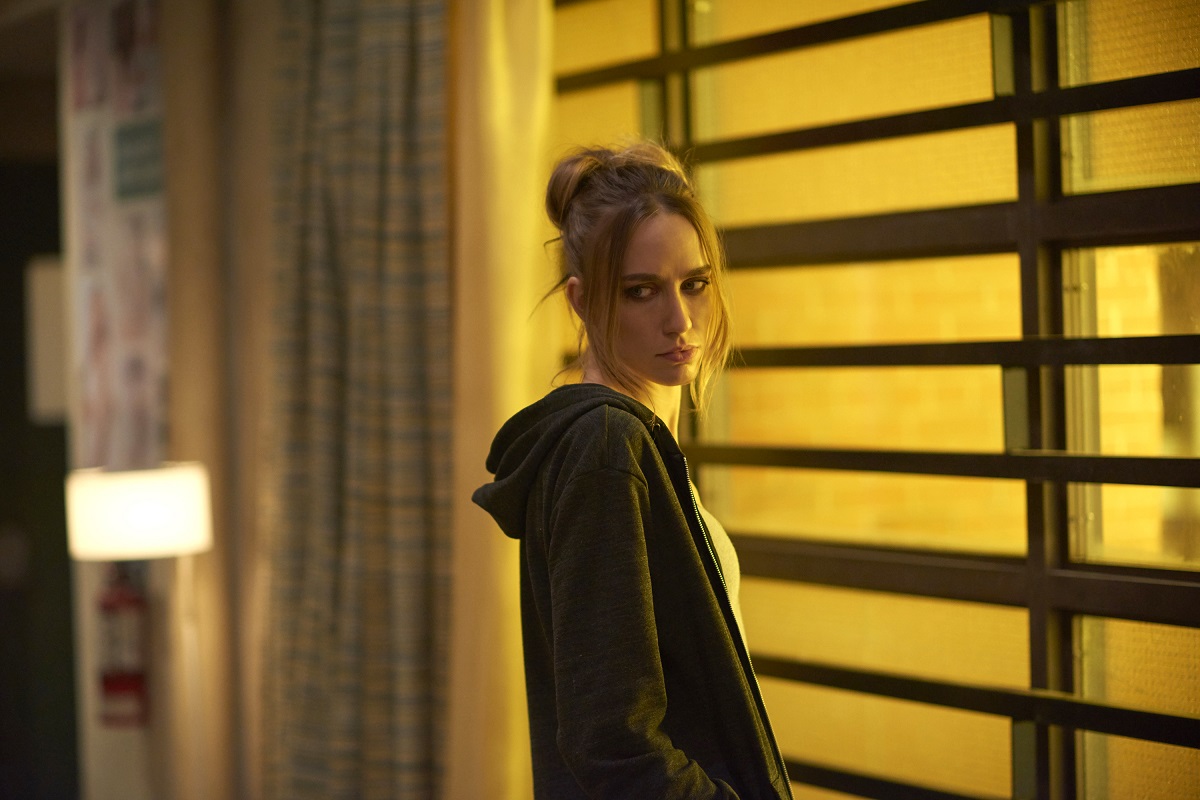 The Strain channels The Handmaid’s Tale this week as we catch up with Dutch and find out she’s been biding her time in the Strigoi’s version of a baby farm.

And while that sentence may terrify you, it’s actually fairly ick-free for the show, for now. The episode also takes time to be subversively funny with things like The Bob Newhart Show apparently being the only thing on TVÂ aside fromÂ the Stepford StrigoiÂ commercials–and you may never want another protein bar again.

We dial it back to see that Dutch and Setrakian were working together when they ended up onÂ the wrong side of one of the Strigoi pickup buses. It’s been a few months, but Dutch is OK, if a bit twitchy about her forced ass-kicking sabbatical. Never fear–she’s actively plotting how to get out.

Gus has made his way back to New York,Â and is now pursuing his entrepreneurial interests alongside a familiar face on the criminal acquisitions scene. That leads him to reconnect with a wary (for good reason) cousin who’s working for the Strigoi and has the unrestricted access Gus needs.

In Philly, Eph stays on as promised until his patient is better, and then rethinks his lone gunmen lifestyle when vigilante Alex (Angel Parker of Trial & Error, American Crime Story and the upcoming Runaways) reminds him that he’s not quite as useless as he thinks. Suddenly, he might give a f-ck again.

We do not pick up with Fet, Quinlan, Palmer, Eichorst or Zack this week. Familiar faceÂ guest stars include Degrassi‘s Lauren Collins as Sophie, one of the baby mamas, and Lisa Ryder, who we last saw on Mary Kills People, as Nurse Greenwood, who’s in charge of all of them, under Sanjay’s watchful eye.

The Strain airs at 10/9c Sundays on FX. Here’s a sneak peek, plus a look at the season ahead.