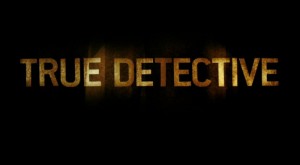 I don’t know what was on that videotape (and I don’t want to know), but it made Sheriff Steve GeraciÂ spill his guts. From him, we learn a little more about Sheriff Ted Childress, but mostly we learn even more about the type of man GeraciÂ is. When he discovered his missing persons report for Marie Fontenote was listed as “made in error,” he went to Childress about it. But Childress told him he knew Marie’s parents and that she was family. So GeraciÂ didn’t follow-up on it, especially after the report went missing. Chain of command, he says. Geraci’s good at not questioning authority, especially since Childress transferred him to state CID later that year.

With so much on the line and no idea who to trust, Rust and Marty take out insurance policies. If any heat comes down on them from Geraci, Rust has a sniper buddy with eyes on him. And he gives him a practical demonstration, which I loved. They’re still not sure if Papania and Gilbough are pawns are not, especially since they still suspect Rust. So Rust makes copies of everything they have so far including a copy of the videotape. If Rust doesn’t stop him, he wants the guy who owns the bar where he works to mail the packages out to various law enforcement agencies and media outlets.

As I suspected (and I’m sure you did too), we had seen Errol William Childress before. Rust remembers talking to him back in ’95 on Pelican Island and he’s beating himself up about it. And, of course, Gilbough and Papania spoke to him briefly as well. It’s interesting that he was able to fly under the radar for so long. He really wasn’t memorableÂ except for his facial scarring. Some people probably saw Errol as just a maintenance man. He didn’t really have the need to interact with many people on a regular basis, so he was probably left alone. Maybe someone like the teacher in tonight’s episode offered him some kindness, but others probably only saw his scars. Either way, people didn’t pay him much attention and probably didn’t find him threatening.

What kind of man keeps his dead father tied to a bed? What kind of man believes Reggie and Dewall Ledoux as well as every other person he encountered was his acolyte? What did Ted Childress do to his son to turn him into this monster? I don’t think we want to know. In fact, I’m sure we didn’t want to know. We do know they were involved in pedophilia and devil worship. We do know they were able to get away with their crimes for so long because Ted was in law enforcement. We never find out how Errol got his scars, which is probably for the best and when Papania and Gilbough try to tell Marty who Errol was, he makes them stop talking. I wouldn’t have wanted to hear any more either. To think that Errol killed dozens of people is heinous enough. I don’t want to know anything else about his personal life or what he might have done to his victims.

I can’t be the only one who thought Rust was a goner there for a little while. Distracted by a vision, he’s unprepared for Errol’s attack. And it’s brutal. A knife to the gut can be fatal and he’s bleeding pretty badly, even though Marty assures him otherwise. A few gunshots don’t slow Errol down, but he’s distracted enough with trying to take Marty out for Rust to fire the fatal bullet. In the end, Papania and GilboughÂ are only after the truth and can be relied upon. It’s because of them that Rust makes it out alive, even though he doesn’t want to.

We knew Rust wanted to solve this case properly before he died. And he’s ready to die. We don’t know how he was planning to end his life after they got their man, but it would seem God – or maybe it’s the universe – has a different plan for him. When he was in surgery, Rust said he was in the darkness. In that darkness he felt the love of his daughter and his father and he let go. He thought that was it. But he woke up and there was something so heartbreaking in that. But as Marty says, Rust is a hard guy to kill. So now that they’re friends – finally; that took long enough – I think they’re gonna look out for each other. And that is a happy enough ending for me.

I can’t wait for season two of this show, which I’m hoping will happen. Since it’s an anthology series, we’ll have brand new characters and a new case. But if it’s as suspenseful and well cast and written and directed as this story, we’re in for a treat.