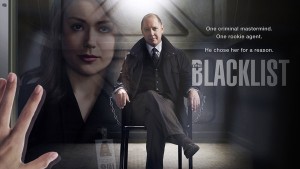 I loved that ending. Of course Red knows that Liz’s husband is a spy. The bigger and more interesting question is why didn’t Liz know? She’s an FBI-trained profiler. It’s her job to study people and discover what they’re trying to hide, what they’re trying not to tell her. I love that there are things about herself she’s been hiding from the FBI as well, things that make Red admire and want to work with her. But the fact that she can’t seem to see deceit in her personal life is very interesting. Talk about making for great drama.

I like Ryan Eggold and I was pretty excited to see him in this show. I wasn’t quite sure what to make of Tom at first though. With a wife like Liz – driven, smart, damaged – it was a bit difficult to see her with someone like Tom. I’m glad my first impression turned out to be so wrong. We find out Ranko Zamani attacked Tom at Red’s request. They knew Liz would save her husband, so even though he’s injured it seems like he was never in mortal danger. He’s on a respirator now, but I can’t image that will be the case for long. And because Liz has to get his blood out of the carpet, it leads to her discovery of a box – which is filled with cash, multiple passports, and a gun. I have to admit: Tom Keen just got a whole lot more interesting. Only Red and now Liz know Tom’s not who he says he is. I’m so excited to find out his story, how Liz will discover who he really is and what he really wants, and when the FBI will find out this huge secret. I guess that adoption’s on hold for now.

I’m a big James Spader fan. He brings a lot to every role he plays and I’m especially excited to see what he can do on this show. Red seems like the type of guy who is at least two (if not more) steps ahead of you at all times. Who knows what his end game is. I wonder if we’ll ever know. Why is he so interested in Lizzie? Is his goal to take out his “competition” by helping the FBI with the Blacklist? What made him go rogue in the first place? What’s the story with his wife and daughter? There’s a lot of great potential here. I can’t wait to learn more.

She’s new to me, but I really like her so far. It seems like Liz’s personal history has made her the perfect person to deal with Red and it’s clear she’s not intimidated by him. I mean, she stabbed him in the carotid artery to get the information she need. She’s a challenge and a puzzle. I’m really interested to watch her learn from Red and I can’t wait to see her confront her husband.

I loved him in Homeland so I was very excited to see him here. Although Ressler’s very skeptical of Liz’s credentials at first – and who wouldn’t be – he turns out to be vital in the field. He saves Liz’s life, which has got to count for something. I like this partnership.

I love him in everything he does, so I was more than a little excited to see him here. As the agent in charge, there is absolutely no love lost between Cooper and Red. In fact, it seems like Red might enjoy constantly making a fool out of him and the FBI. I love how easily Red manages to get what he wants and how he’s making the FBI up their game. I’d love to see Red eventually have some respect for Cooper, but he’s got to earn that.

I like that Red’s trying to teach these agents to stop looking at things like cops and start seeing it through the eyes of a criminal. Maybe they’ll all learn something about each other and the criminal masterminds they’re hunting. I know I’m looking forward to it.

The Blacklist airs Mondays at 10/9c on NBC.