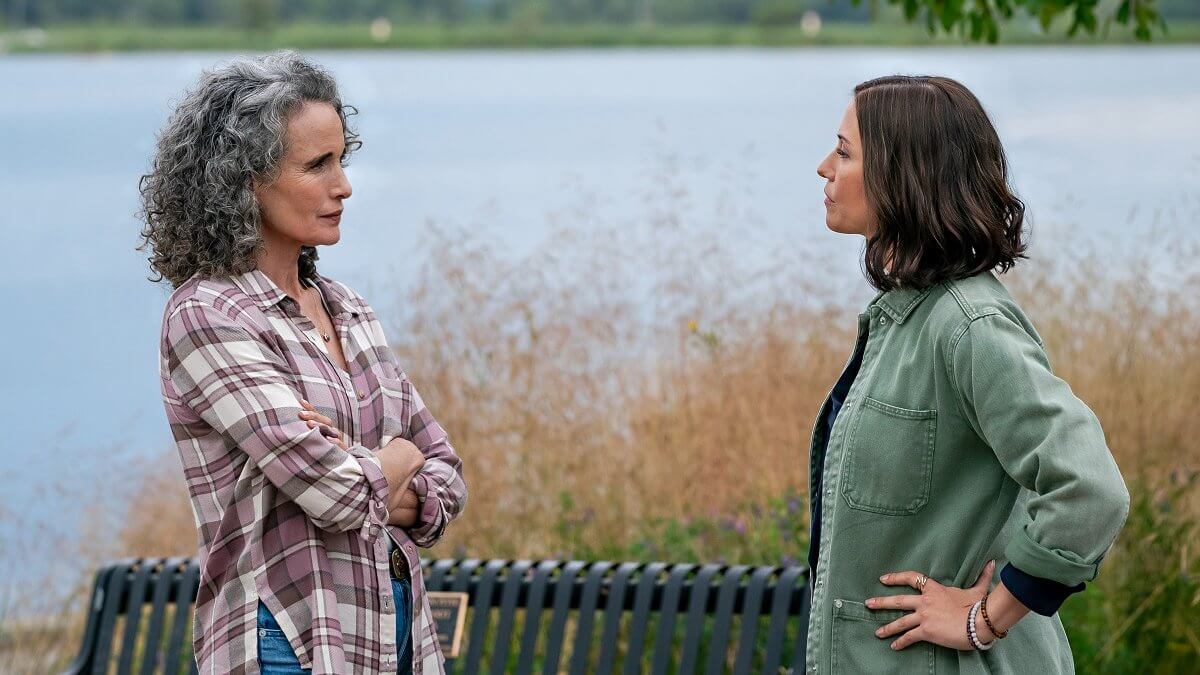 Imagine if the only view you had of your family was refracted through the lens of loss, grief, and trauma, with happier times a faint, distant whisper. Then imagine you had the chance to breathe life into those whispers and see them firsthand. The Way Home, Hallmark Channel’s newest series, barrels down that path of what ifs, exploring three generations of women and how a remarkable, magical change in perspective sets them on a course back to each other.

Andie MacDowell returns for her second series for the network, starring opposite Chyler Leigh and Sadie Laflamme-Snow as family matriarch Del, her daughter Kat, and granddaughter, Alice. Estranged for decades, Del and Kat end up back under the same roof when Kat loses her job and Alice gets bounced from school one last time. Adrift and on the edge of a divorce from Brady (Pretty Hard Cases‘ Al Mukadam), a conciliatory letter from Del draws Kat back to rural Canada.

Expecting to mend fences, the return home isn’t quite as smooth as she hoped. Instead of it being a cure for what ails her, it surfaces old wounds from the losses of her younger brother, Jacob (Remy Smith), and her father, Colton (Slasher‘s Jefferson Brown). While they’re the last two of their family, Del and Kat went their separate ways in their grief, and renewed proximity alone isn’t going to fix it. On the upside, it does reconnect her with her long-ago BFF, Elliot (Evan Williams), who filled the void for Del when she was left on her own.

Meanwhile, the extremely disgruntled Alice really wants to go home, and back to her dad, and that’s simply not an option. In a pique of anger, she makes a rash choice that sets her on a backward path to understanding who her mom was at her age (played by Alex Hook) and is now, and perhaps be the catalyst to heal Kat, Del, and herself.

The trailers have already tipped that there’s a duality to the storytelling, set 20 years apart, and it gives all of the actresses a tremendous amount of emotional material to navigate as they repair old wounds and are gifted with unfathomable opportunities to literally go home again. It’s a series that’s coming for all the feels, and bringing along all the moody 90s/early aughts music for good measure.

Filmed in Ontario and featuring several familiar Canadian faces, the series also has a heavily Canadian production team. It was created by Marly Reed, who’s produced several Hallmark films, and Heartland alumni Heather Conkie and Alexandra Clarke, and is executive produced by them, MacDowell, and Leigh, as well as Arnie Zipursky and Lauren MacKinlay for Neshama Entertainment and Larry Grimaldi, Hannah Pillemer and Fernando Szew for MarVista Entertainment.

The Way Home premieres Sunday, January 15th, at 9 pm/8c on Hallmark Channel in the US and then begins a week later on January 22nd on W Network in Canada. You can also stream the episodes after their linear premiere on multiple outlets in the US here and on the Global TV app in Canada. Here are a few sneak peeks.