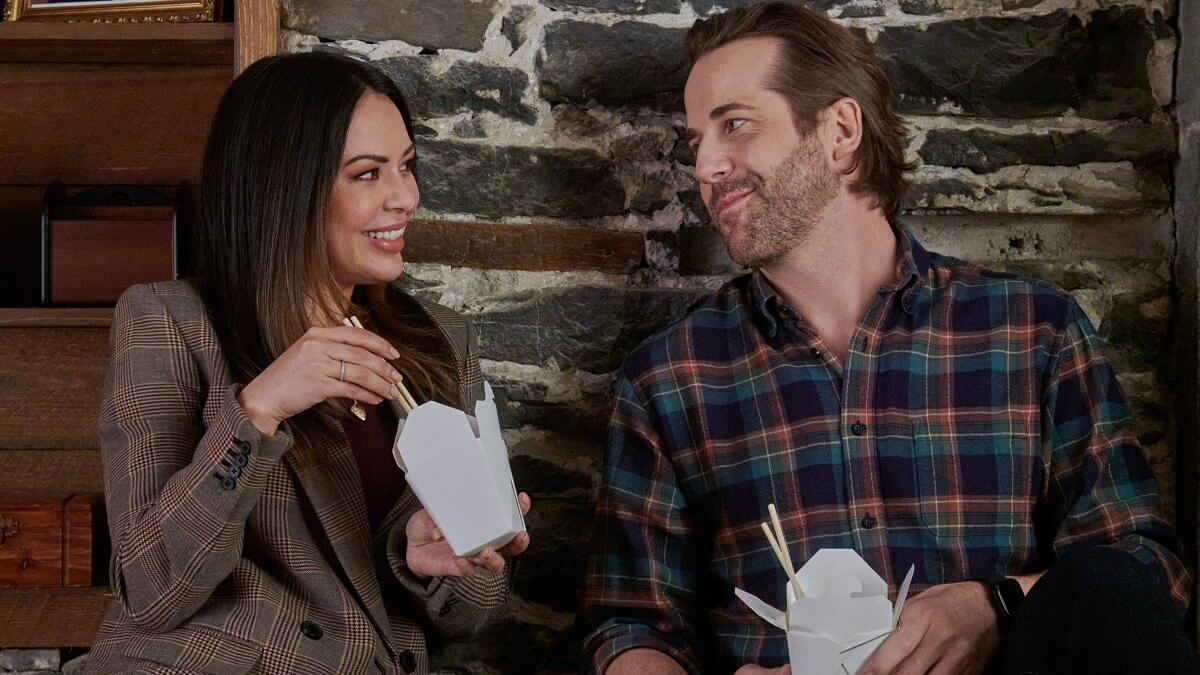 Hallmark Movies & Mysteries kicks off the new year with a new mystery (and I’m guessing potential new franchise) Sunday night with Family History Mysteries: Buried Past. Switching up the formula a bit, there’s no murder in the middle of this mystery. Instead, it’s about mysteries of genealogy–which is super timely, and attempting to locate someone presumed–and hoped–to be very much alive.

In the film based on The Family History Mysteries series by Brynn Bonner, Janel Parrish headlines as Sophie McClaren, a genealogist who’s made a career as a bit of an expert in the lost and found of people. Adopted as a child, she’s driven to bring families back together.

Her newest case hits very close to home when longtime family friend Dorothy (Sherry Miller), approaches her to find the birth father of her twin sons, Jonathan (Morgan David Johnson) and Jackson (Niall Matter). She’s never told the boys he may still be alive. The motivation is multifold–Jonathan is her BFF and Jackson is her BFF/almost-bae. Jonathan is also now experiencing a recurrence of leukemia, and in urgent need of a bone marrow transplant.

While Jonathan stews that his long-absent and presumed-dead father may actually be out in the world and just seemingly abandoned them, Sophie and Jackson focus on finding him. That of course surfaces a lot of old, unsaid things between them. And Sophie’s newish employee, Esme (Kyana Teresa), gets the opportunity to take her first solo case for a spin.

Written by Amber Benson and directed by Jonathan Wright, the film is a more serious affair given the stakes of the mystery (not that murder isn’t serious, but the keeping someone alive of it all is new territory), while still finding moments of joy in the familial ties between Sophie and her dad, Harry (Ron Lea), and Jonathan and Jackson and their parents, Dorothy and George (Judah Katz).

Of special note, Nikki DeLoach is credited as one of the executive producers on the film, alongside Joel Rice, Jonas Prupas, Carol Baum, and Jane Goldenring and producers Shane Boucher and Brooklin Watson.

Family History Mysteries: Buried Past premieres Sunday at 7 pm/6c on Hallmark Movies and Mysteries and streams on Peacock. Here’s a sneak peek.

Power Preview: “You’re Not the Man”