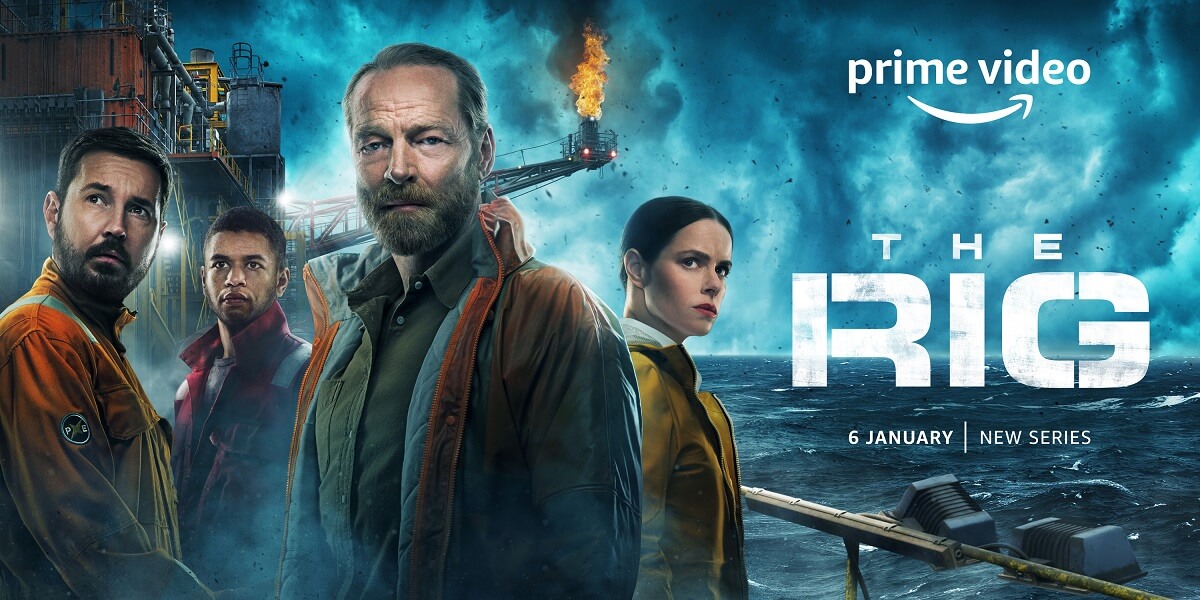 Set on the Kinloch Bravo, a massive oil rig in the North Sea with a mostly Scottish crew (and filmed in Scotland), the six-parter is also somewhat a bottle show, with all of the action set on the rig. It’s a bustling town unto itself, and fairly soon, it’s also an island unto itself when a mysterious fog rolls in and isolates them from any contact with the outside world.

Early on in the first episode, one of the characters says, “You punch enough holes in the earth, the earth punches back,” and while we can’t readily determine what’s descending on the rig, that’s as good a conjecture as any. There’s a solid blend of character building set against a backdrop of potential boogedies that reminds me of my 2022 obsession, From. I’m not sure what exactly is happening, but I’m interested in these characters and I’m here for it.

When Baz (Calvin Demba), a young crew member salty about being bumped off his impending helicopter ride home, is hurt and then recovers with superhuman speed, things start to turn. The already fractious relationships, and ill will among senior members toward the rig’s boss, Magnus (Iain Glen), and tangentially, Rose (Emily Hampshire), the oil company rep, start to fragment even more once the path home grows more distant.

When there’s nowhere to turn, the monster rig feels ever smaller, and the crew realize they have to work together and backburner whatever animosity they have toward each other, and the evolution of their industry, to make it out.

It’s fun to see Hampshire charting an increasingly interesting and varied choice of roles post-12 Monkeys. Here she’s a buttoned down, rising exec who’s stint on the rig is part of a carefully plotted career plan that gets derailed in more ways than one. John Strickland and Alex Holmes split directing duties on the episodes, written by series creator David Macpherson.

The Rig streams its entire season worldwide on Prime Video beginning at 12:01 am ET on Friday, January 6th. Here’s a sneak peek.