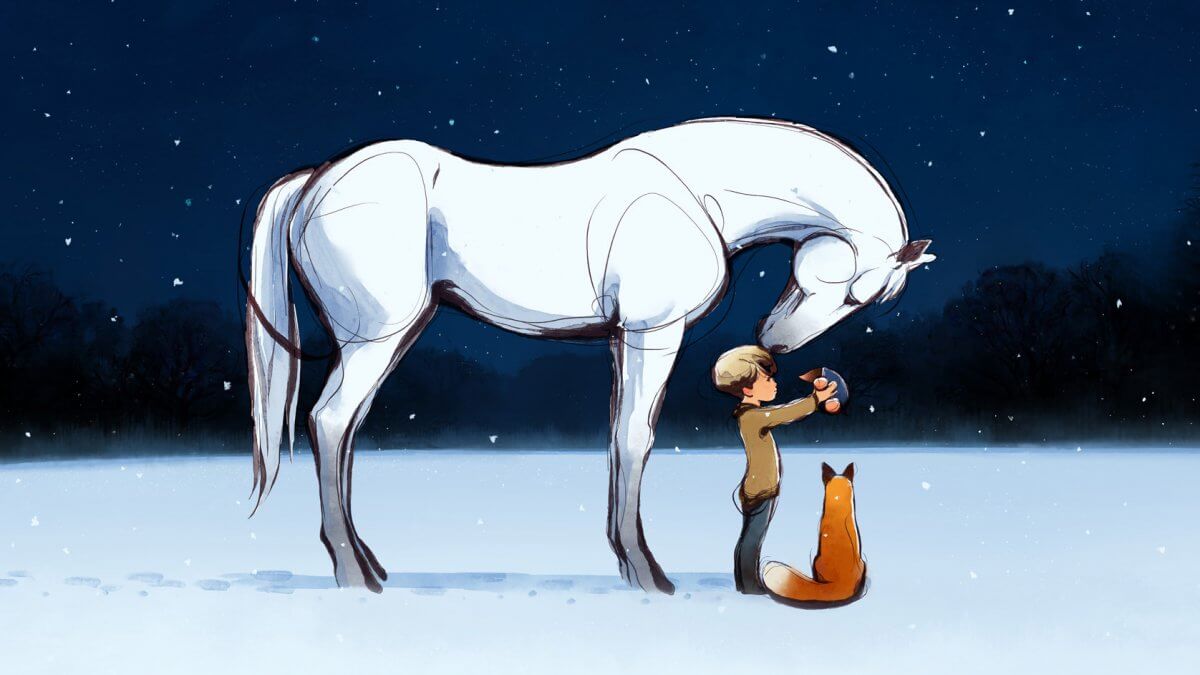 Have you ever loved something so much that you were hesitant to break its spell, or worried that something derived from it would somehow dilute the original? It’s so wonderful when that worry was all for nought.

In the early days of the pandemic, some kind soul, and I wish I remembered who, dropped the artwork of Charlie Mackesy into my Instagram feed. The soft drawings of a boy, a mole, a fox, and horse, accompanied by sweet, hopeful words, were a balm. And then I discovered he had put them all in a book, aptly titled, The Boy, the Mole, the Fox and the Horse, published in the fall of 2019. It’s been translated all over the world.

I bought a copy, fell in love with it, and over the last few years, I’ve gifted it to several close family and friends in moments of sorrow and moments of joy. So imagine my excitement, and then worry, when Mackesy shared earlier this year that it was being turned into an animated film just in time for Christmas. At first, it was just announced for the UK on BBC One. Then Apple TV+ jumped in, expanding its availability to the rest of the world on Christmas Day.

The story is simple: a lost boy finds family and a home with the four-legged fellow travelers he meets in the snow. They give each other the quiet reassurance they need, and together they come to understand that they are enough. That whatever they think they cannot do has been disproved by what they have already done.

It’s a powerful message of found family, courage, and hope, and finding love and home in the most unexpected of places. I have adored every single stroke of the original artwork, text, and characters.

I took my time screening the adaptation because I was a bit nervous that a film couldn’t capture the same magic of the book, that it might not do it justice. I’m so happy to tell you that it does, in a quiet, gentle, dream-like, lyrical story featuring sparing voiceover work by Tom Hollander, Idris Elba, Gabriel Byrne, and Jude Coward Nicoll. I was a weepy mess about halfway through, in the very best way.

You don’t have to have read the book to enjoy the film, but if you have read it, you’ll enjoy it all the more, I think. I regularly go back to it, and my IG followers are used to me popping Mackesy’s posts into my stories. The film is a gorgeous accompaniment to the source material, which isn’t a surprise when you consider the very impressive roster of creatives who took such great care with it.

Lead Compositor Nick Herbert and Art Director Mike McCain shepherded a team of animators who were equally reverent in beautifully recreating Mackesy’s drawings and breathing walking, talking life into his characters. It’s a quiet, hopeful 35-minute foray into the power of kindness, tapping into the essence of the book that’s so very special. And there’s now a second book, based on the film.

The Boy, the Mole, the Fox, and the Horse premieres Christmas Eve on BBC One and iPlayer in the UK and Christmas Day on Apple TV+ everywhere else. Here’s a sneak peek.