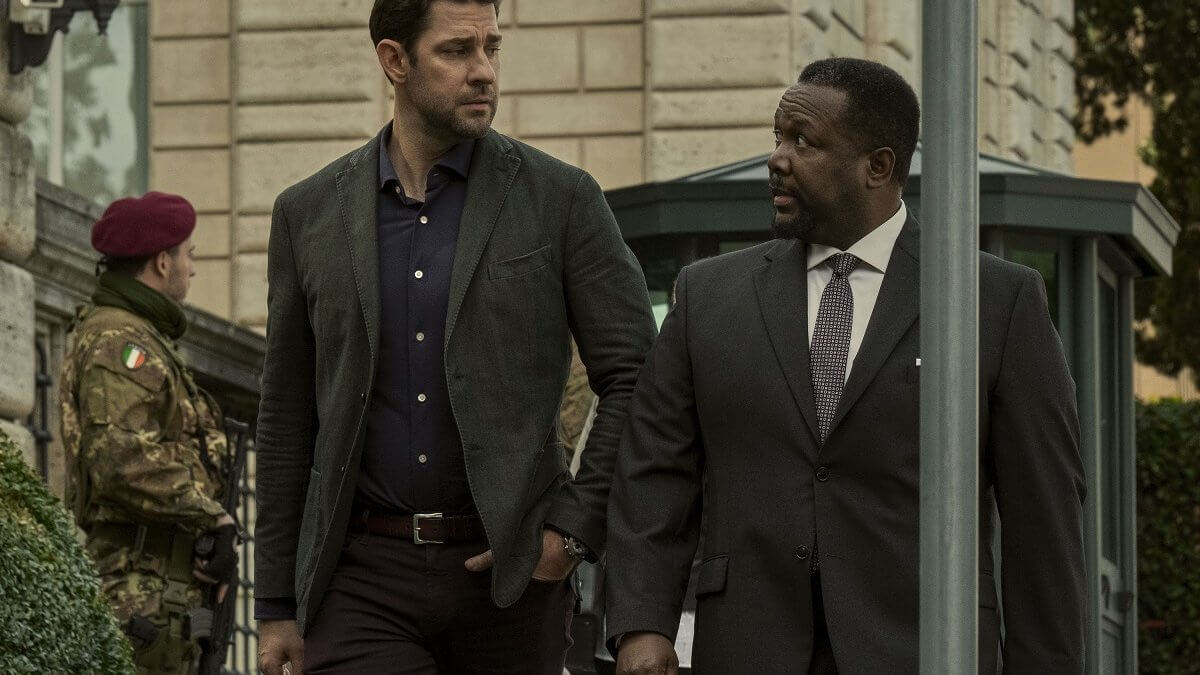 Tom Clancy’s Jack Ryan is back on Prime Video with its third season this Wednesday. I’ve been all in on the Jack Ryan films through all their iterations (and portrayers) and what I’ve dug about the series version–aside from the John Krasinski factor, obvi–is that each season is in a way its own self-contained movie, albeit given a little more room to move across eight episodes.

The first season set the stage to establish who Jack is, and was set in DC. The second season had a much different look and feel, taking Jack to South America and into some seriously dark, dank landscapes. It also expanded the role of James Greer (Wendell Pierce), Jack’s former boss and begrudging ally, and introduced Michael Kelly as Mike November, an operative turned private fixer. Thankfully, both are back with much larger roles this season.

That very prescient third season, filmed more than a year ago, resurrects the Cold War with a Russian-focused arc that begins in 1969 and resurfaces with an assassination in Prague that’s an intentional misdirect for something much more dire. After Jack chases a lead that’s not quite what it seems, either, he’s pushed out and the CIA moves against him.

Greer does what he can through back channels, which means teaming up with Elizabeth Wright (Betty Gabriel), the head of station and Jack’s current boss, who appreciates Jack’s intellect but not his methods. Luckily, Mike comes when Jack calls so he’s not on his own for long.

The season is rounded out with a very good cast that includes Nina Hoss as Czechoslovakian president Alena Kovac, and two absolute legends in Peter Guinness as her dad and (not-so) silent right hand, Petr, and James Cosmo as a former Russian soldier, Luka, who has wisened into a trusted Kremlin advisor adept at spotting traitors. Mary Kills People fans will be happy to see Richard Short pop in for a few eps as a misguided operative hunting for Jack.

Full disclosure: I didn’t go back and rewatch the first two seasons, but watching this one after a long break, it felt much more like an ensemble arc vs. all Jack’s POV, which sort of occurred to me about mid-way through the season. And despite the timely subject matter, it’s still a considerably lighter season, with deadpan/macabre humor here and there (and a ton of fun swagger) as everyone readily acknowledges that whatever they happen to be doing at any given moment could be the last time they’re doing anything at all.

I really like the rest of the cast and where the season goes, but I absolutely started looking for Jack to re-enter the story when he was gone for a while. We can throw Krasinski a bone, though, as he’s also an executive producer on the show and playing Jack was just one of his jobs here.

I’m very glad we already know that we’re getting a fourth and final season. This season, Amy Berg joins the staff–she’s been a favorite back to Eureka and her most recent work on Counterpart echoes through now and again. She wrote half the episodes of Season 3, and was joined by Dario Scardapane, Vaun Wilmott, Marc Halsey, Jennifer Kennedy, and Aditi Brennan Kapil. Jann Turner and Kevin Dowling traded off directing the season.

All eight episodes of Season 3 of Tom Clancy’s Jack Ryan drop Wednesday at 12:01 am ET. Here’s a sneak peek plus a handy recap of Season 1 and 2.