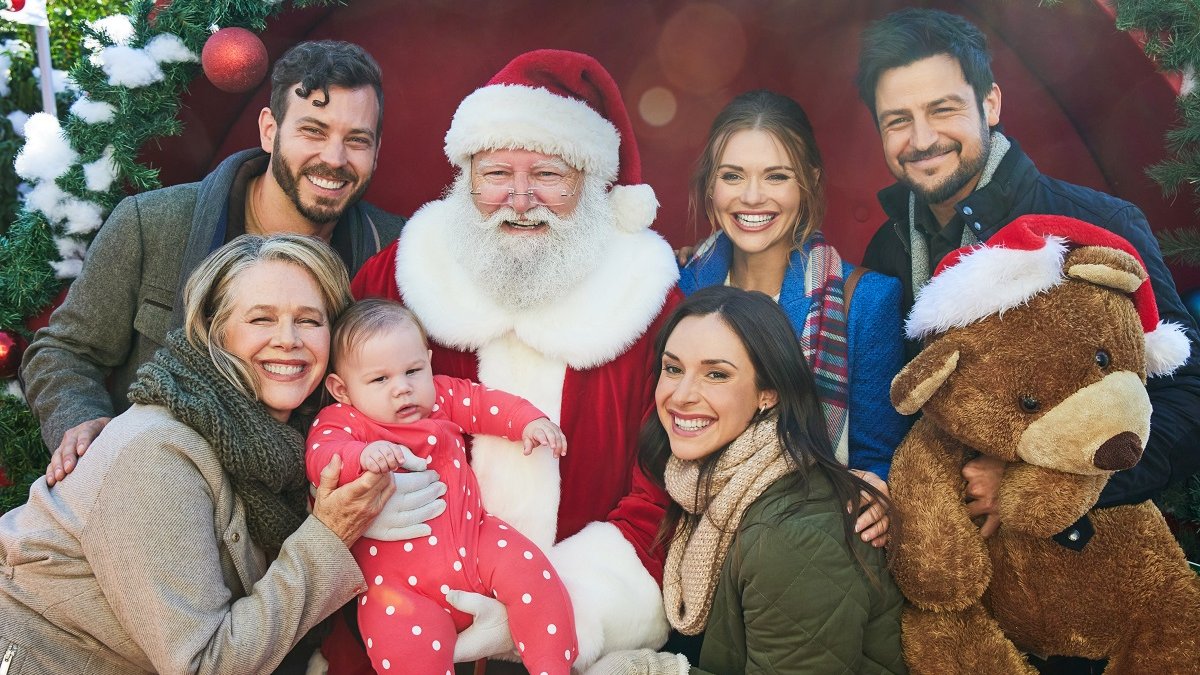 Just a week after the juggernaut of Three Wise Men and a Baby, Tyler Hynes switches gears for a dramatic turn in the fifth installment of the Home for Christmas series of films on Hallmark Movies and Mysteries. In the film, Time for Him to Come Home for Christmas, Hynes stars opposite Teen Wolf‘s Holland Roden in her Hallmarkies debut.

They play Josh and Elizabeth, two of a triumvirate of best friends who become estranged after a tragic event and are thrown back together three years later by a series of accidental encounters that lead them to team up to solve a mystery.

When they were close, Josh and Elizabeth were an unstoppable investigative reporting team on the cusp of an opportunity at the The New York Times following journalism grad school, but now they’re on different paths. Elizabeth is an executive assistant at the Seattle cosmetics company run by her mom, Celeste (Karen Kruper), and Josh is a content creator who left Seattle for Michigan.

In the days before Christmas, she gets a voicemail intended for someone else. The voice on the other end of the message is from a man she doesn’t know, Carter (Steve Bacic), pouring out his heart to a lost love. It piques her interest and revives her long-dormant investigative skills.

That she happens to run into Josh in a hotel lobby while trying to ID the caller turns a fool’s errand into a chance to actually solve the mystery. He offers to help, and as they reconnect, they also get a chance to sort through their unresolved grief, separation, and things left unsaid–and are reminded how very good they were together.

They’re also visited by a little fairy dust from a musician in the right place at the right time–Tenille Townes, who plays herself. It’s a really lovely, measured film with quiet, sometimes aching performances by Roden and Hynes, interspersed with scenes of Carter and his missing love, Madelyn (Meghan Gardiner), as they move through Christmas week reminiscing but not knowing how to fix it.

David Winning (who directed the first and third installments of the series) directs a script by Marcy Holland (returning for her fourth in the series) based on the original story’s book by Dorothy Shackleford and Travis Thrasher and the song by Blake Shelton, who returns again as one of the producers.

Previewing Haul Out the Holly