Previewing Haul Out the Holly 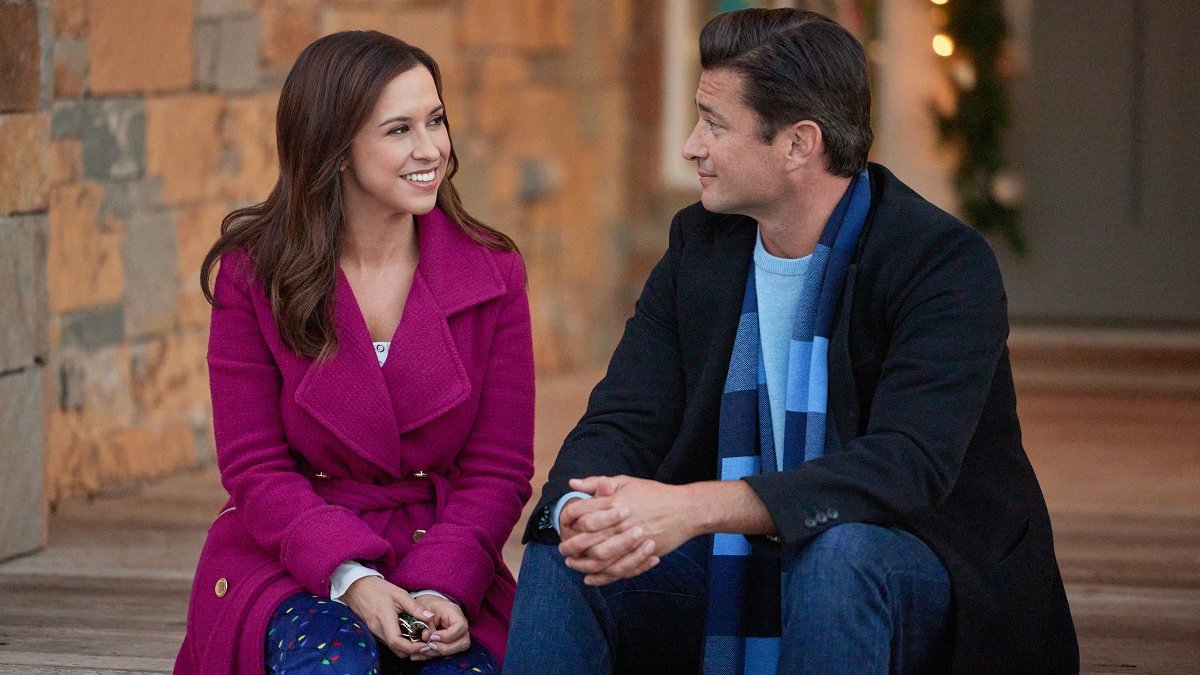 Lacey Chabert is well into the double digits with her Christmas movies, and Saturday night, she headlines Haul Out the Holly, which leans hard into the silliness started last week with Three Wise Men and a Baby. To thoroughly enjoy this one, I highly recommend you load up on your suspension of disbelief alongside your eggnog.

In the film, Chabert is newly freed of a toxic relationship and heading home to Evergreen Lane (yes, really), an idyllic cul-de-sac that takes the holidays very seriously, no one more so than her parents, who long ago established the home owners association (HOA) that sets stringent standards for how, how much, and when to celebrate.

As soon as Emily arrives, her parents (Carrie Morgan and Peter Jacobson) immediately decamp to Florida to scout retirement possibilities–which is brand new news. In so doing, they leave her at the mercy of their neighbors and the HOA and its tightly wound president, her former childhood friend Jared (We Brown), all of whom still expect the family home to be the beacon of the season that it’s always been.

Any rational adult child would of course immediately cut and run, but then it wouldn’t be a Hallmark movie. Instead, after a few attempts at pushing back (including hilariously attending an HOA meeting in her PJs), she begrudgingly digs in. As she finds family and friendship with the motley crew played delightfully by a who’s who of familiar faces that include Melissa Peterman, Stephen Tobolowsky (who I’m going to guess had the most fun of anyone), and Ellen Travolta, she also finally starts to see why her parents went all in every year.

And this is an HOA that goes hard on all the trimmings, so it’s a lot, but it’s also deliriously fun and sometimes sneaky sweet in the same vein of National Lampoon’s Christmas Vacation. Maclain Nelson directs a script by Andy Sandberg.

Haul Out the Holly premieres at 8 pm/7c Saturday on Hallmark Channel in the US and W Network in Canada. Here are a couple of sneak peeks. As a reminder, you can also stream Hallmark Channel and Hallmark Movies and Mysteries live on Peacock here.