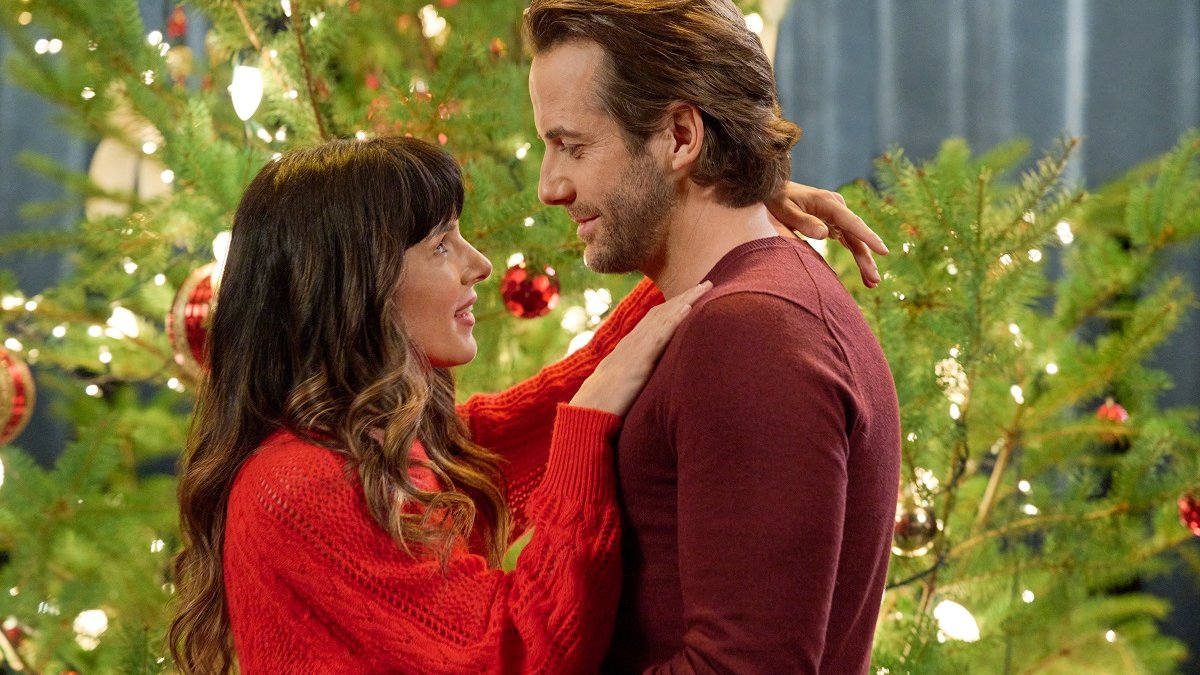 The upside of Niall Matter’s mystery wheel franchise going away is that he’s been freed up to give us three brand new movies this year. The third, When I Think of Christmas, premieres Sunday night at 8 pm/7c on Hallmark Channel. In the film, Matter and Shenae Grimes-Beech are long-ago loves who reconnect after going their separate ways after high school and must sort through their different perspectives on who was maligned by that choice.

Grimes-Beech is Sara, a New York attorney who comes home to help her mom, Anna (Beth Broderick), move into a new condo. While a happy decision on the face of it, it’s also not without some emotional baggage as Sara starts to pack up her childhood home and unearth old memories of her musician father who died when she was very young.

That’s compounded when she finds out her first love, Josh (Matter), is back in town, ostensibly to help his uncle by running the annual Christmas concert. The real story is that Josh’s attempt at a life and musical career in Nashville hasn’t gone exactly to plan and he’s ready for a reset–once he can figure out what that looks like.

Sara and Josh weren’t just sweethearts, they were also a musical duo, and as they get past their hurt feelings about perceived decades-old sleights, they find their harmony again. Anna, meanwhile, makes a new friend at her condo when she meets her neighbor’s dad, George (The Journey Home‘s Mark Adrian Humphrey).

Peter Benson directs a script by Blythe Robe & Mike Robe. It’s a sweet outing, and a special treat for Matter’s Country at Heart fans as he, Grimes-Beech, and Broderick all get a chance to sing in the film.

When I Think of Christmas premieres Sunday at 8 pm/7c on Hallmark Channel in the US, which is also streaming live all season on Peacock TV, and at 6 pm ET next Sunday, the 27th, on W Network in Canada. Here’s a sneak peek.