By using our website, you agree to the use of our cookies.
Got it!
TV Movie Goodness 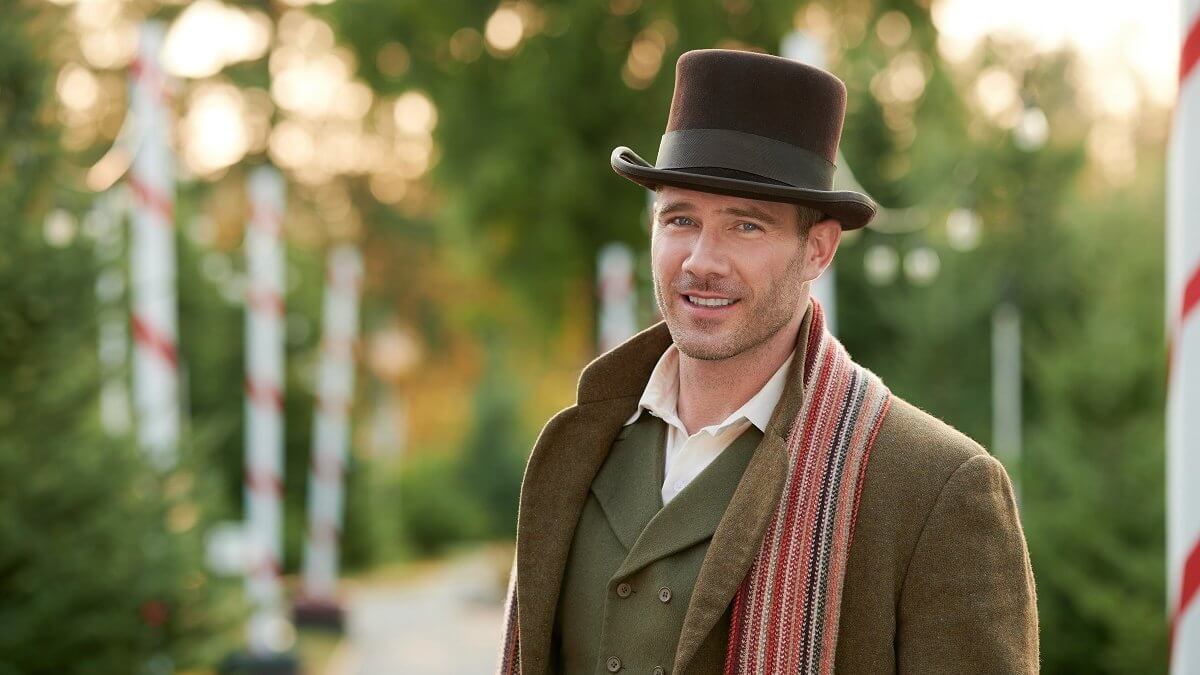 There’s an achingly lovely, earnest moment (or four) in Bros, the theatrical romcom recently released to VOD, where Luke Macfarlane’s character, Aaron, admits that he hates his life and has a secret dream to do something else. It’s a delightfully sweet, vulnerable moment for an until-then, hard-shell titular bro, but it’s a completely natural scene that lands beautifully.

This is not news for Macfarlane’s longtime fanbase, who have seen him deliver this swoony kind of dialogue time and again–14 times, as a matter of fact–in his Hallmark movies. Sidebar: if you’ve read us a while, you know he also regularly broke my heart on Killjoys and made me yell at the show’s TPTB on Twitter to stop poking holes in D’avin and stomping on his feelings.

All of that is a preface to say if you just discovered Macfarlane in Bros, welcome! Please get comfy and prepare to have your heart be stilled, because he is going to be popping up all over Hallmark for the next two months as his seven current–and upcoming eighth–holiday titles start rotating across Hallmark Channel and Hallmark Movies and Mysteries (those are the networks affectionately riffed on as Hallheart in Bros).

We also have to give a shout out to last year’s Netflix romcom riot, Single All the Way, which is available 24/7/365. I’m not the boss of you, so have at it with your choice of Macfarlane Christmas confections.

Here’s a rundown of his holiday oeuvre, from newest to oldest, and links to our previews and interviews. We’re so glad you’re here!

In Macfarlane’s newest holiday romance, he stars opposite Alison Sweeney, who plays a single mom to a young daughter. Voluntold to add her mom (Marlo Thomas) to her household just in time for Christmas, a magical heirloom Christmas display and a newcomer to their community (Macfarlane) help make that new multi-generational adjustment a little easier. The film premieres next Friday, November 4th, at 8 pm/7c on Hallmark Channel and W Network. Check back next week for a full preview and interviews!

Christmas in My Heart

Last year’s Hallmark Movies & Mysteries outing featured Macfarlane as a widowed country crooner and single dad who’s seemingly hung up his career to raise his daughter, until her friendship with her music teacher, played by Heather Hemmens, who’s also a classical violinist, plucks his heartstrings. #SorryNotSorry

Single All the Way

In this very broad comedy, Michal Urie is a social media marketing rep who goes home to New Hampshire for Christmas and discovers that his mom, played by Kathy Najimy, has foisted her trainer (Macfarlane) onto him for a setup, only for him to finally realize his heart is somewhere else. The movie also features a bananas Jennifer Coolidge staging a hysterical, hugely inappropriate children’s pageant.

In this one, Macfarlane plucks some strings of his own as a cellist reunited with his old love and former music partner (Merritt Patterson) for a one-time-only Christmas quartet. As Macfarlane went into production in the summer of 2021 during the Canadian pandemic quarantine hold, the classically trained multi-hyphenate actor and musician treated us to some behind the scenes rehearsal time on his Instagram feed.

This one takes a page from Sense and Sensibility and pairs Macfarlane with Erin Krakow in the story of two sisters (Krakow and Kimberley Sustad) at odds over divergent plans for one’s party planning business until they land a premier client in Macfarlane, who plays a toy empire heir who’d much rather be building toys than bored in the boardroom.

Macfarlane plays a widowed cafe owner who strikes up a friendship with single mother (Jill Wagner) and her mother and young son as they navigate old traumas that surface during the Christmas season.

Macfarlane and Jaime King play new friends who become each other’s emergency holiday plus ones to help him stay on the partner track at work and her deal with her first post-divorce Christmas.

Macfarlane’s first holiday movie also kicked off the Hallmark career of his co-star, Nikki DeLoach. She plays a woman who returns home to settle her late grandmother’s estate and he’s the family attorney trying to help her decide whether or not to keep her grandmother’s Christmas theme park going.

All of the Hallmark films will repeat throughout the holidays on Hallmark Channel and Hallmark Movies and Mysteries in the US and W Network and Super Channel Heart & Home in Canada.