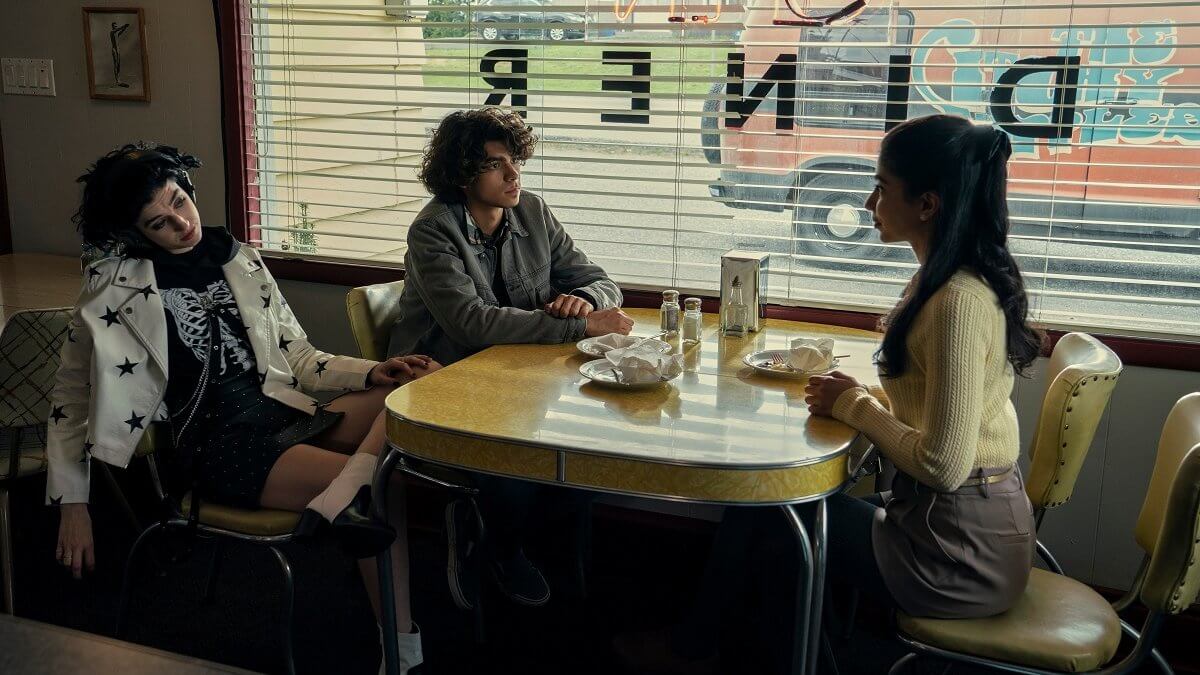 I’m a little late off the plate with this one, but better late than never. We’re just about two weeks past the first-season drop of Netflix’s delightfully wackadoodle The Imperfects, brought to us by my favorite mad scientist, Dennis Heaton, and his partner in crime, Shelley Eriksen, who previously brought us the equally wackadoodle The Order.

The duo get some of their #CdnTV band back together for fun appearances sprinkled here and there, but the ten episodes focus on a trio I don’t readily know that well–Iñaki Godoy, Rhianna Jagpal, and Morgan Taylor Campbell–who are joined by Italia Ricci as the fourth series regular. In the horror comedy, Godoy is Juan Ruiz, a budding graphic artist and comic book designer, Rhianna Jagpal is Abby Singh, a grad student focused on the sciences, and Morgan Taylor Campbell is Tilda Weber, who fronts a local punk band.

They’re bonded by their reliance on the not-creepy-at-all Dr. Alex Sarkov (Rhys Nicholson), who’s been maintaining them on a mystery supplement to keep specific “side effects” at bay and when he pulls the dick move of withholding them without their consent, those effects aren’t so side anymore. They find an ally in Dr. Sydney Burke (Ricci), Sarkov’s former research partner who split with him over an ethics disagreement and who has her own reasons to help them out.

Over the course of the season, we follow Juan, Abby, and Tilda as they become a found family united over their terror at what they’re possibly becoming (which I’m not going to spoil here) and variable responses to whether and when they actually want to embrace that or run from it. Add to that the quandary of who they can trust, plus a shadowy government cabal for good measure.

There are also some surprise reveals and slow builds along the way. It’s a super-fun watch with emotional beats here and there, a lot of players and moving pieces, and an interwoven layer of agenda upon agenda, so maybe don’t multi-task while you watch it?

If you loved and miss The Order and Lost Girl before it, this one should be on your binge list. It’s also neatly timed for the start of spooky season. Heaton and Eriksen write throughout the season, and Heaton directs a block of episodes. They’re joined by onscreen and offscreen alumni from The Order and Heaton’s Motive, which if you’ve read us a while, you know is one of my ride-or-die shows.

The Imperfects is streaming now everywhere on Netflix. Here is a sneak peek.

Photos and video courtesy of Netflix.

Previewing Fly Away With Me