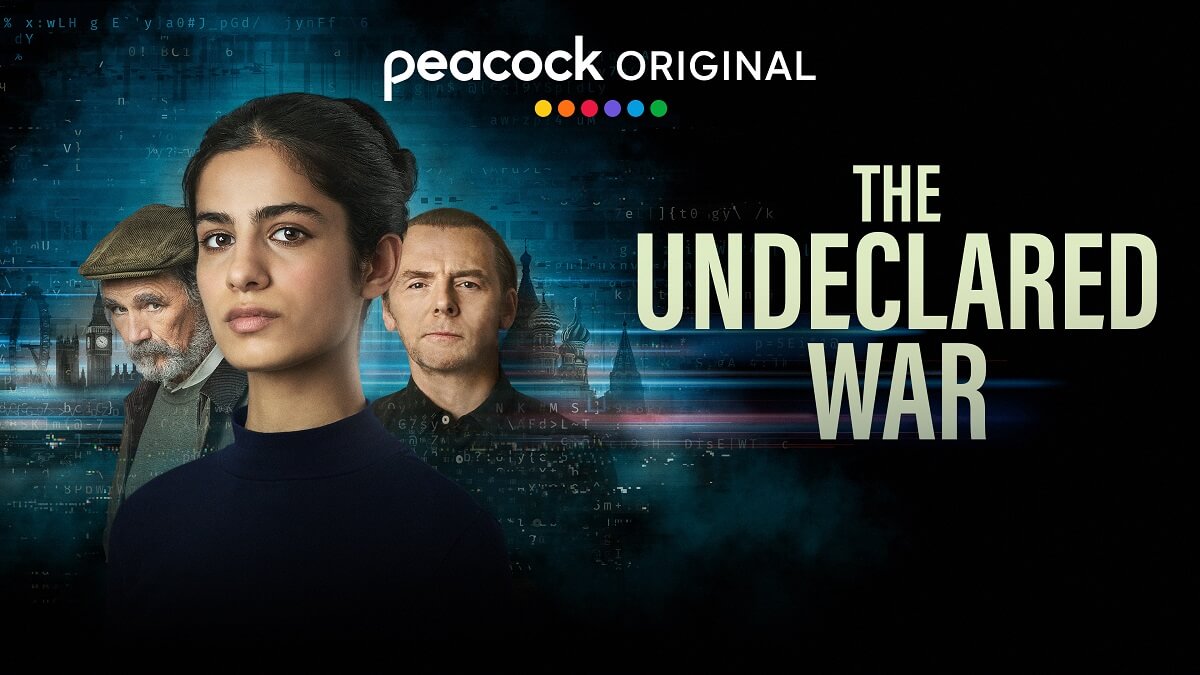 Full disclosure: I’ve always had a thing for hacker dramas, back to teenage me sitting in a movie theater watching War Games. Almost 40 years later, the threat of a war provoked by computers is, sadly, still a thing, but rather than it being initiated by a lonely AI who wants to play a game, it’s instead a war waged over the Internet, with cyber attacks launched to destabilized businesses, governments, and entire geopolitical landscapes.

And those are just the ones we know about. Behind the scenes, cyber espionage teams work 24/7 to keep catastrophic impacts to a minimum. This Thursday, Peacock rolls out The Undeclared War, an eight-episode drama about one such team, set in post-pandemic 2024 UK immediately prior to the national election.

Our entry point into the story is Saara Parvan (Hannah Khalique-Brown), a university student doing an internship at GCHQ (the UK’s version of the NSA). Assigned to the malware department, she brings her unique viewpoint to the puzzles they’re racing to solve, hoping to avert a potential security breach that could throw the election and the country into disarray.

We see Saara’s mind at work through the POV of “Codeworld,” a 3D world that represents Saara’s journey into the code by showing her physically enter a world devoid of people where she deciphers clues that unlock doors–think National Treasure.

Her counterpart on the other side of the conflict is Vadim Trusov (German Segal), one of Saara’s classmates, who is recruited by the FSB when he returns home to Russia. Over the course of the series, we witness both of them work through personal challenges while also tasked, respectively, with stopping and starting an attack.

Saara is living with James (Ed Holcroft), a teacher and activist, in an arrangement that’s lost its spark, and a tragedy with her family sets her further adrift. At work, she immediately impresses her boss, Danny Patrick (Simon Pegg), who’s boss’s boss is the PM Andrew Makinde (Adrian Lester), and NSA-loaned cyber analyst Kathy Freeman (Maisie Richardson-Sellers).

She also befriends one of the OG at GCHQ, John Yeabsley (Mark Rylance), a relic of the old guard who’s keenly insightful, and Gabriel Davies (Alfie Friedman), a classmate on the spectrum who works in numerology. In Russia, Vadim enters a relationship with journalist Marina Veselova (Tinatin Dalakishvili), who becomes a sounding board and confidante when he’s troubled by his work. She also finds out how the media can be manipulated to present a version of the truth beneficial to certain causes.

It’s an interesting watch, more so if you’re drawn to these kinds of stories, and timely, with the current situation across Eastern Europe and UK. Tonally, it’s very straightforward and avoids the hysterics of seeding panic, but does lay out the high stakes of both good and bad actors working at the behest of national agencies.

Pegg is always welcome, and he plays it straight here, which is a little unsettling in its own way (you can also catch him in Luck right now as a plucky black cat). Khalique-Brown anchors the series, in her first leading role, conveying the bewilderment that would absolutely be the case for a young woman in her 20s making decisions that could potentially impact millions of people. Series creator and director Peter Kosminsky spent years researching the story, and it shows.

The Undeclared War streams all six episodes Thursday at 3:01 am ET on Peacock. Here’s a sneak peek.

The Black Sails’ Cast and EPs Talks Season 2 and More