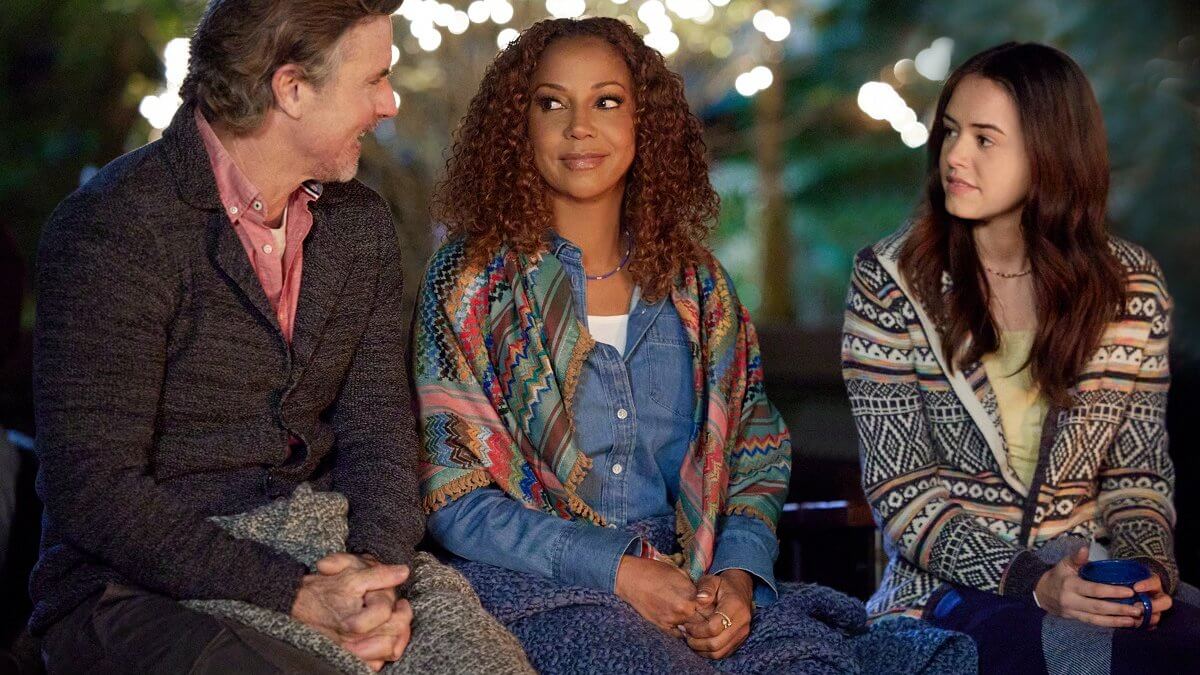 Peete plays Hollywood actress Madeline Ellis, who has a no good, very bad day that sends her on a bit of a spiral. One aspect involves some troubling medical news, which she chooses to address in New York rather than have the LA paparazzi get wind of it. When she realizes her bus nor driver (she doesn’t fly) are available, and someone she really doesn’t want to see is arriving imminently, she makes her escape via an unlikely path.

Aspiring wilderness guide Sarah (Bryant) is the former girlfriend/now BFF of Madeline’s assistant, Katie (Chanelle Peloso). She’s heading to Montana to test out a canoe for an outdoor outfitter after spending the night in Madeline’s guest house, and in a panic, Madeline voluntells Sarah that she can drive her. After some haggling over payment, off they go.

The usual bickering ensues until they hit an idyllic little mountain where the chill between them starts to thaw. Madeline shares her no good very bad day, and Sarah talks about having her heart broken and a family rift. Soon, they let their guard down and help each other face hard things and heal. Adjacent to that, there’s a fun thread of Madeline finally throwing her carb-free lifestyle out and enjoying food again, which Peete goes to town with.

The Journey Ahead premieres at 9 pm/8c Sunday on Hallmark Movies & Mysteries in the U.S. and next Friday, the 19th at 8 pm e/7c on W Network in Canada.

Previewing Prime Video's A League of Their Own