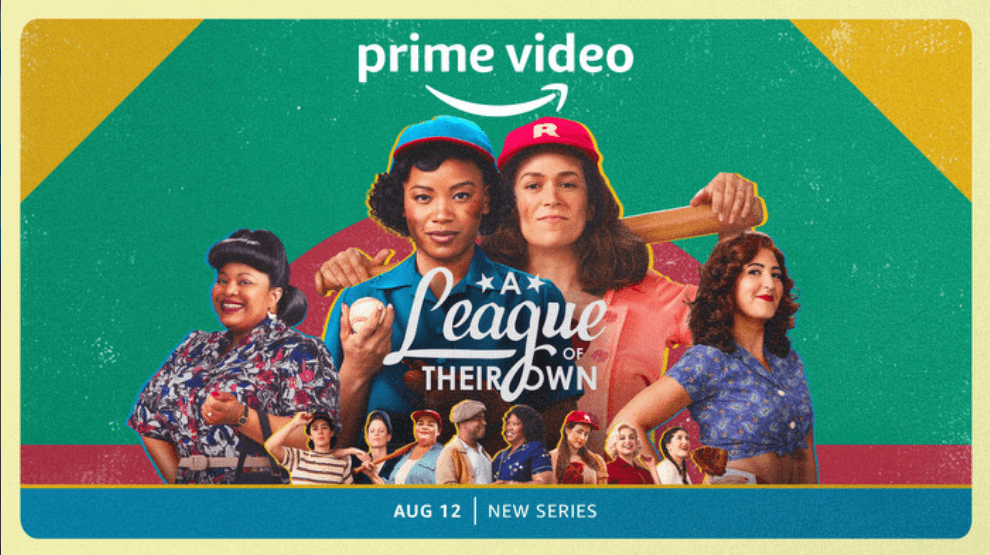 In rebooting A League of Their Own for an episodic series, it would have been easy to just expand on the film with the narrative that it pursued back in 1992. Instead, Prime Video’s reimagined version, conceived by Abbi Jacobson and Will Graham, keeps the framing notion of women baseball players for the Rockford Peaches during World War II and then goes off on two paths — one following the lives and loves of the women in the uniform, and the other of the women who weren’t allowed to play.

Jacobson, who is also co-showrunner and writer for the show, plays Carson, who flees her rural life for the opportunity to play ball and finds not only that adventure, but a new definition of self when freed from the constraints of a life that she settled into but didn’t necessarily choose. Chanté Adams is Max, a Rockford local and second-generation beautician who is desparate to play ball but the segregated all-white league won’t even let her try out

Carson is our point of entry into the Peaches, populated by an assortment of women who have their own reasons for pursuing the game.

Also look for Rosie O’Donnell as Vi, whose bar is a safe space in Rockford; Patrick J. Adams as Carson’s husband, Charlie; Nick Offerman as Dove, a former MLB star assigned to coach; and Nat Faxon of The Connors as Marshall, a rep for the league.

Rounding out Max’s world are:

Over the course of the eight-episode season, we follow the women on and off the baseball field as they navigate and rail against issues of gender, race, and identity while trying to be true to themselves during a time when keeping quiet and laying low were the safer paths.

It’s a rich season-long arc that gives all of the characters a chance to shine, a remarkable feat considering the size of the cast and essentially a six-and-change-hour roadmap. I hope we get to see all of them again.

A League of Their Own premieres all eight episodes at 12:01 am ET on August 12th on Prime Video. Here is a sneak peek. In case you missed it, my exclusive conversation with Kelly McCormack is here.