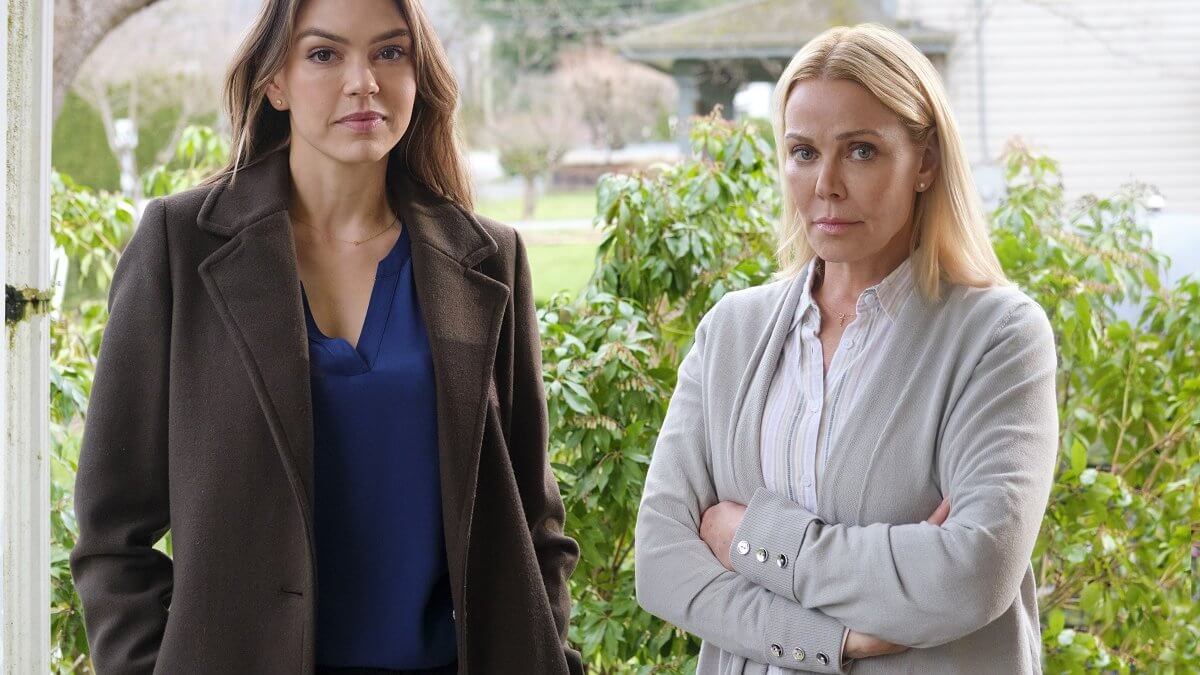 Sunday night on Hallmark Movies & Mysteries, newly minted Crown Media contract holder Aimeé Teegarden co-stars with Gail O’Grady in Heart of the Matter, a drama about two women on opposite sides of a tragedy searching for a way to move forward through their grief.

Teegarden is Dr. Andie Hodges, a cardiologist who takes the extra time to become close to her patients. When she loses one, a young man with an intellectual disability named Henry (Chandler Massey), due in part to a mistaken assumption about his abilities, her professional and personal worlds are shattered.

Henry’s mother, Gladys (O’Grady), is grief-stricken and raging and looking for some way to channel her own feelings of helplessness and guilt about the loss and Andie gets the full brunt of it when she files a malpractice lawsuit and challenges Andie’s credentials.

Andie’s fiance, Patrick (Andrew Zachar) and his young son Will (Azriel Dalman) stand by her as long as she’ll allow, until her doubts about her talents and responsibilities lead her to make some drastic life choices. She turns toward her mentor, Dr. Fisher (Peter Bryant), and finds an unlikely ally in the hospital insurance rep, Milton (Jerry Wasserman).

It’s an emotional film that looks at how Andie and Gladys, who were both close to Henry but in different ways, grieve his loss and distill their own misgivings about what they could have done differently and how much responsibility they bear. And ultimately it’s what Henry saw in each of them that helps them start to heal. Mark Jean directs a script by Karen Struck.

Heart of the Matter premieres Sunday at 9 pm/8c on Hallmark Movies and Mysteries. Here’s a sneak peek.