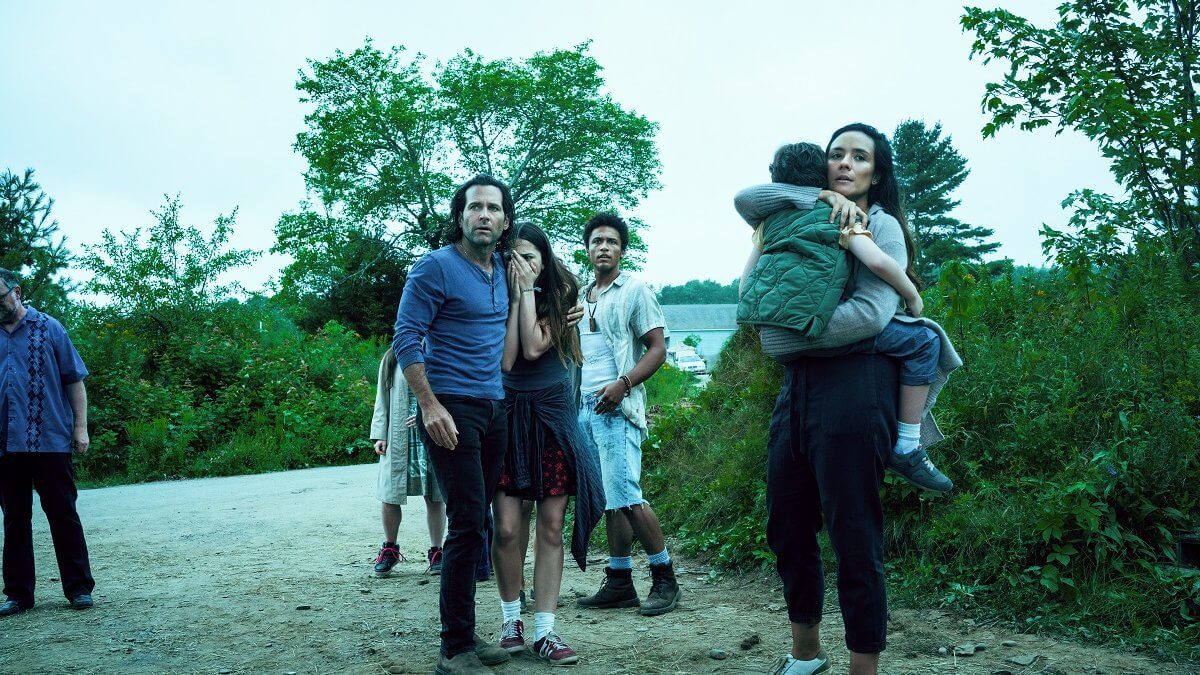 Are you caught up on EPIX’s addictive new drama yet? It’s better and better every week, so if you’re looking for your next new obsession, put this one on the top of your binge list. You can stream the first four episodes now on EPIX’s website and through EPIX on Prime Video,. Get up to speed with our previews and exclusive interviews here and then come back and see what’s happening on this weekend’s new episode, which marks the halfway point in the first season.

“Silhouettes,” written by Vivian Lee, and directed by Brad Turner, picks up with Sara in the clinic under Kristi’s watchful eye, which makes for the most fraught girls night as we legitimately fear for Kristi’s safety given what happened the last time Sara popped in.

You’d think Ethan might get a week off from creepy happenings, but you’d be wrong, as Sara comes for a social call and once again we’re concerned about the people who come in close proximity with her, even moreso when Jim and Tabitha (who’ve turned their hallway into an existential whiteboard) say out loud what a nice girl she is and we’re NOPE NOPE NOPE-ing that assessment.

Julie’s reached the point of unease about her situation that triggers Fatima and Ellis to intervene with a self-care field trip. It also gives Fatima an opportunity to explain her own backstory, which makes us marvel even more at her sunny outlook.

Elsewhere, Jade keeps asking questions and finds out he’s not the only philosopher king, Boyd looks for a sign, and Nathan reaches out for help. It’s a very taut episode that both builds out the story for some of the characters and repairs some estrangements, while also throwing in a dash of things going horribly, terribly wrong. It’s so good.

From airs Sundays at 9 pm/8c on EPIX and streaming online at EPIX’s website and through EPIX on Prime Video, where you can catch the first four episodes now. Here’s a sneak peek of Sunday’s episode. Check back after the episode for my exclusive chat with Avery Konrad, who plays Sara. All our previous previews and interviews are here.

Avery Konrad Talks About Sara's Struggle in From "Silhouettes"