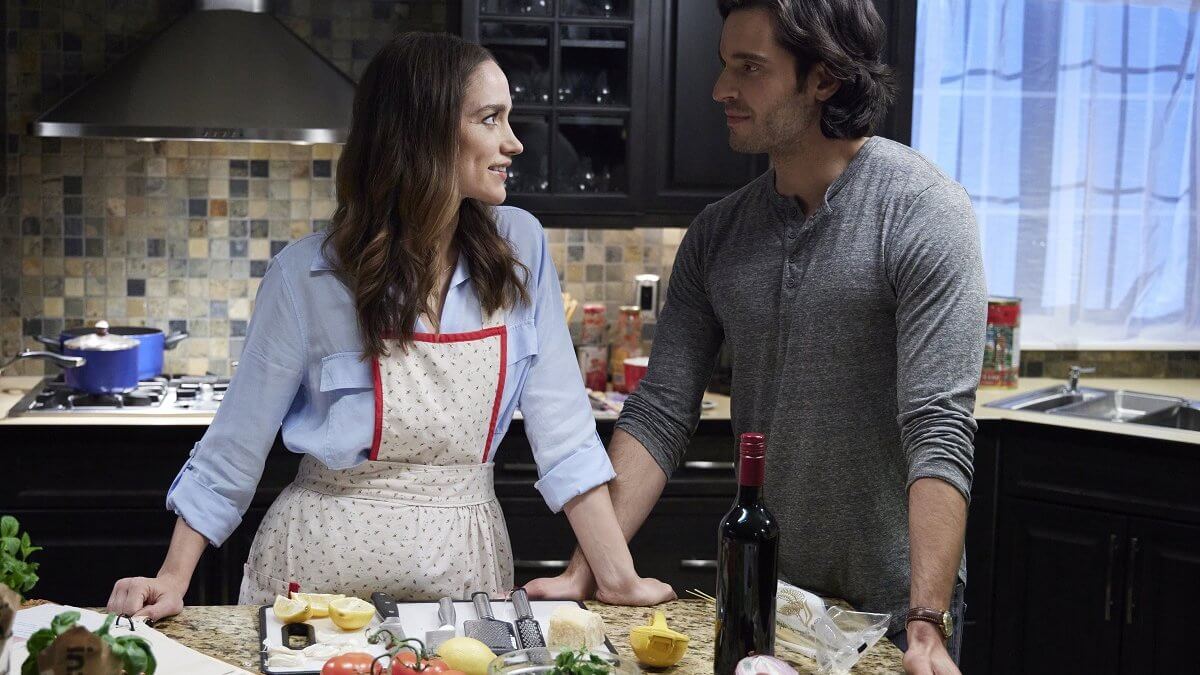 Melanie Scrofano makes her Hallmark Channel debut Saturday night with a romcom that mixes Italian food and a little amore. In Welcome to Mama’s, Scrofano plays Amy, a restaurant manager and honorary daughter to the titular Mama (Lorraine Bracco in her first Hallmark movie), the Italian restaurant matriarch who took her into her heart and family after the loss of her mother when she was a young girl.

At a certain point, the two parted ways and Amy’s on her own, managing a chain restaurant and aching for something more fulfilling. Then she makes a choice, and while still processing that decision, she gets the news, first that Mama passed away, and second that she left her the restaurant.

There’s a hitch, though. The will stipulates that Amy retain the current head chef, Frank (Republic of Sarah‘s Daniel di Tomasso also in his first Hallmark project), who was handed the reins after Mama stepped back and has since turned the initial concept of the family-style Italian restaurant on its head, with middling results.

Forced to work together after an awkward meet-cute, the two find equal footing around their shared love for Mama, who appears in flashbacks threaded throughout to fill in their history, her legacy, and the wisdom she shared with both of them. Allan Harmon directs a script by William Penick and Tyler Straessle based on a story by Penick.

The cast is rounded out with Keisha Haines (Christmas Takes Flight) as Amy’s BFF, Christine and familiar CdnTV faces including Matty Finochio, who we just saw in Wedding Veil: Legacy, and John Cassini, who was last on Hallmark in Making Spirits Bright.

Ricky He Talks From “The Way Things Are Now"