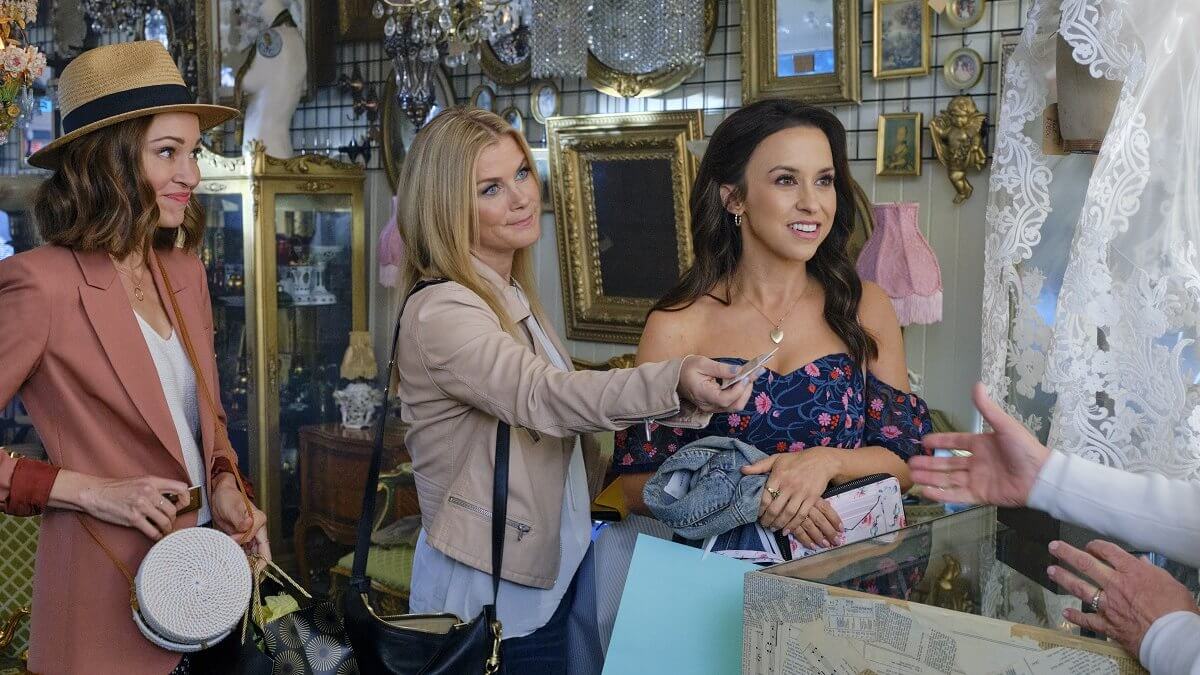 In the first film, simply called The Wedding Veil, we catch up with Avery (Chabert), Emma (Reeser), and Tracy (Sweeney), three close, but far-flung college friends who reunite in different cities every year to go antiquing. During a visit to San Francisco, they discover an extraordinary, antique lace wedding veil with a legend that whoever possesses it will find their true love. (A screener wasn’t available at press time but I’m thinking of these as a fun take on The Wedding Dress, one of my long-ago faves, and The Sisterhood of The Traveling Pants.) Intrigued, they of course buy it.

In the second film, The Wedding Veil Unveiled, premiering Saturday, February 12th, Emma travels to Italy to teach and research the veil and meets Paolo (Paolo Bernardini), the son of a local lace-making family.

In the third film, The Wedding Veil Legacy, airing Saturday, February 19th, Tracy turns a meet-cute with restaurateur Nick (Victor Webster) into a personal and professional opportunity when she hires him to cater an event at her auction house. Their six-degrees-of-separation to the right people helps him get his new restaurant off the ground and her save an original draft of “The New Colossus.“

Here are a few sneak peeks of the films airing on Hallmark Channel in the US and W Network in Canada. The first film is also now available online in the US.