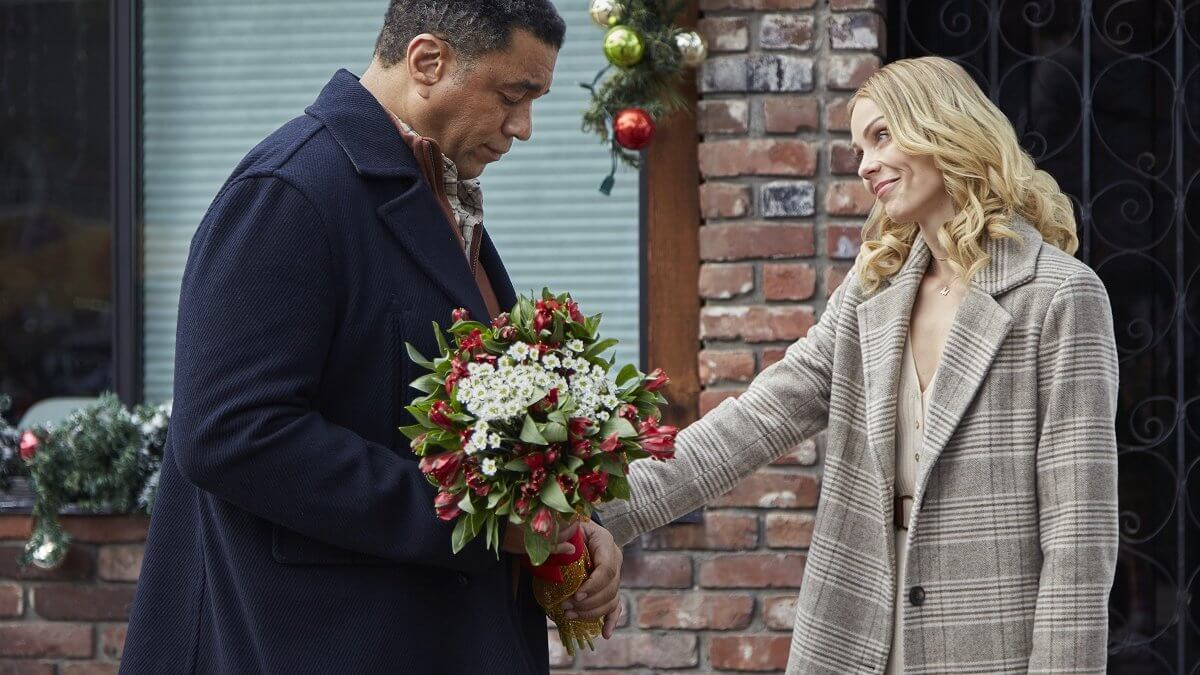 Saturday on Hallmark Channel and W Network, Laura Vandervoort and The Blacklist‘s Harry Lennix headline A Christmas Together With You, which offers a different kind of Christmas story, and refreshingly, one that spends the bulk of its time reconciling a 50-year-old romance. Vandervoort is Megan, who co-owns a small coffee shop with her BFF, Lisa (Ava Julien). It’s a tricky holiday season because Megan should have been celebrating her wedding, but instead the relationship ended the previous summer and now she’s flailing a bit.

Lennix is Frank, one of her daily customers a widower and the closest thing she has to a father. When he turns up with a newly rediscovered photo of him with his high school sweetheart, Claire, Megan decides to focus her attention on that. After an evening scouring the Web, finds out Claire is living in Pineville, a seven-hour drive away. Since neither she nor Frank have holiday plans, she throws out the idea of a road trip reunion and he demurs, until he’s reminded it’s the week of her planned wedding. He sets aside his hesitance and off they go.

After a meet-awkward at a gas station with Steve (Niall Matter) and his very cute pup, Megan and Harry land in Pineville, and end up staying at the quaint lodge Steve happens to own. That sets up a second possible romance, as Megan and Steve realize they’re both trying to figure out what they want when what they already have isn’t working making them completely happy.

Meanwhile, Frank goes off to find Claire (Liza Huget), and does, but the reunion doesn’t go quite as hoped, between a case of mistaken identity, and painful, newly revealed information about exactly why they parted all those years ago. Megan didn’t come all that way for nothing, though, so she does what she can to put them on a path back to each other, while also re-evaluating her own path. It’s a really nice balance of old love, new love, and found family. Kevin Fair directs a script by Graham and Don Locke.

A Christmas Together With You premieres Saturday at 8 pm/7c on Hallmark Channel in the US and W Network in Canada. Here are a couple of sneak peeks.