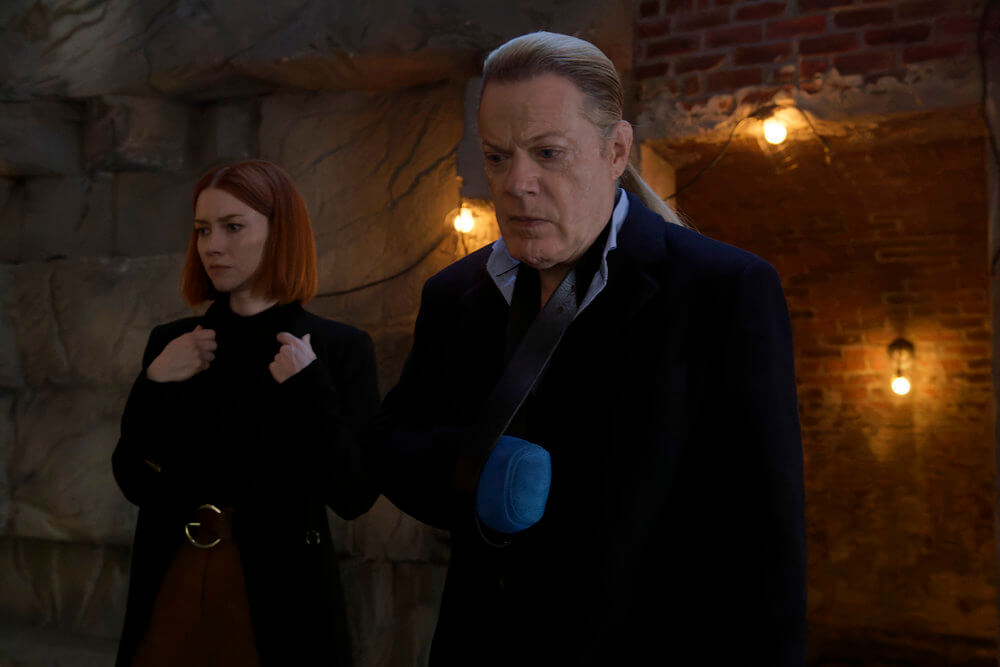 Thursday, on the Season 1 finale of Dan Brown’s The Lost Symbol, all roads lead to the Washington Monument for a supernatural showdown.

Mal’akh obsconds with Katherine, leaving very specific instructions for Langdon when he wakes up. That involves locating Peter, who’s in a pickle of his own, courtesy of Blake, but thankfully Sato can help with that. Nunez goes to find Katherine’s mom and doesn’t, but does gather other useful breadcrumbs.

Katherine has enough time with Mal’akh to suss whether any of Zachary remains and plan accordingly, while Mal’akh has a “the student becomes the teacher” moment with his former mentor. Robert’s a few steps behind whatever it is Mal’akh is trying to unleash, but it turns out he holds the missing piece for everything.

It’s a solid capper to a very busy, twisty-turny season and sets up a second season, which I seriously hope we do get. I’d love to follow this group of characters on another adventure.

The season finale of Dan Brown’s The Lost Symbol drops Thursday on Peacock, where you can catch the first nine episodes now.