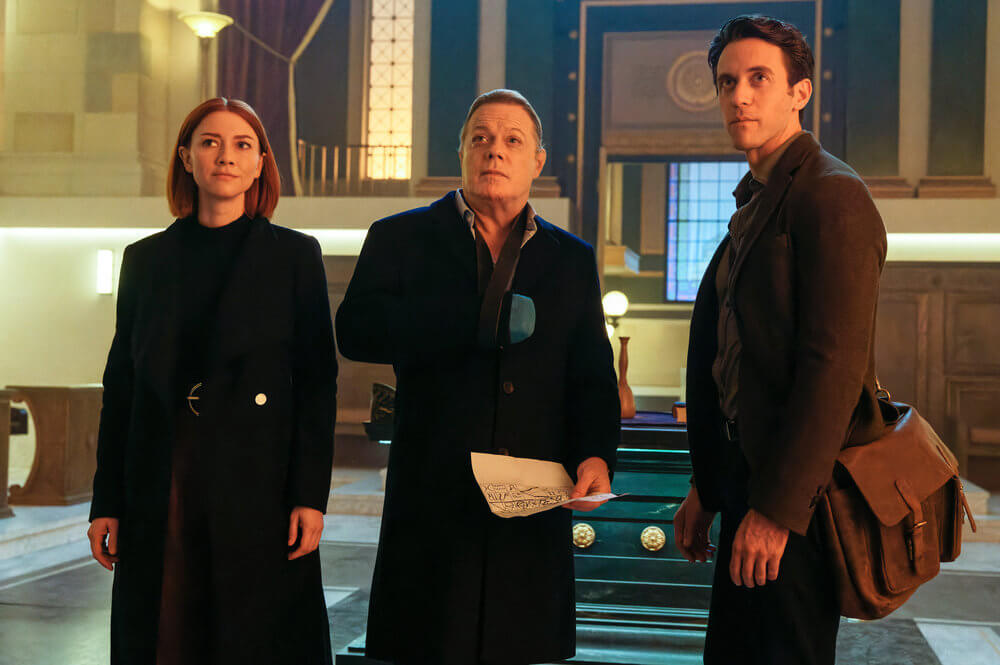 With just two episodes left, Katherine, Langdon, Peter, Nunez, and Sato close ranks trying to bring Mal’akh in. Nunez gets an up close and personal demonstration of Mal’akh’s terrifying new toy, but thankfully lives to tell the tale. Mama Solomon, not so much.

In possession of the capstone, Katherine, Langdon, and Peter try to decipher its last messages, and it legitimately takes all three of them pooling their expertise to do so. Then it’s a matter of figuring out next steps, who to trust, and what to share and when.

Sato knows enough to not trust Blake, and we learn a little more about why. And there are a few moments in there for Katherine and Langdon to reassess where they stand with each other after their night together.