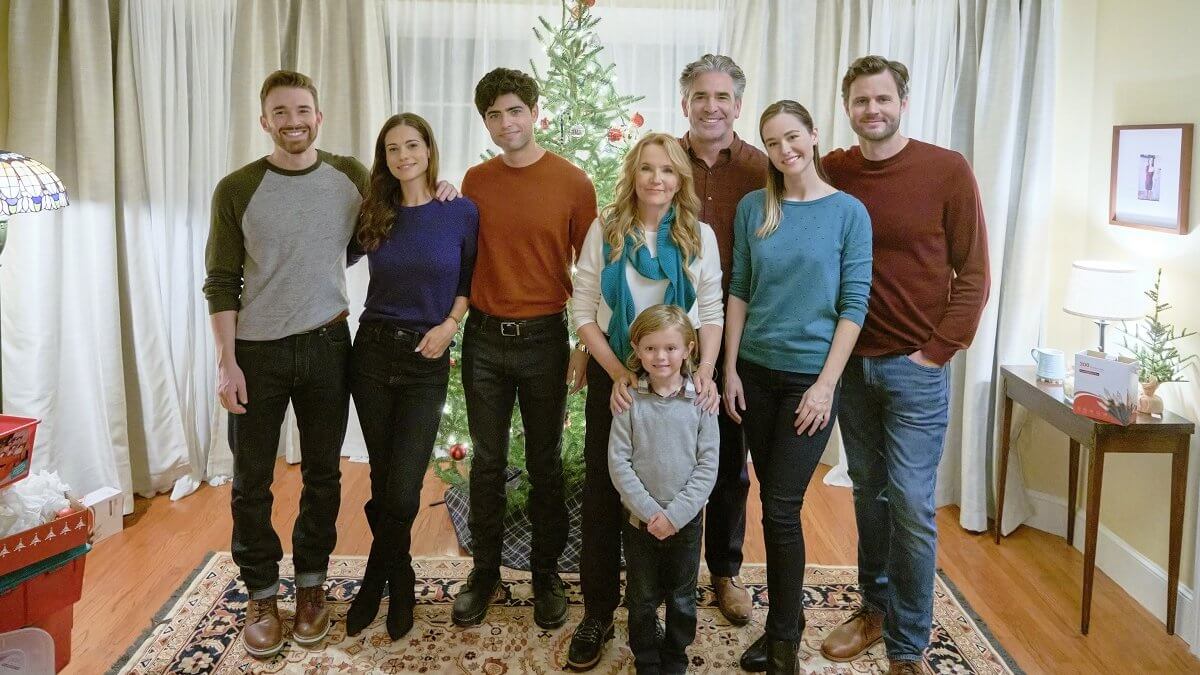 Saturday, on Hallmark Channel, Nikita/Turner & Hooch‘s Lyndsy Fonseca makes her network debut in Next Stop, Christmas, a time-travel tale about Angie, a New York surgeon who gets a golden ticket on the wayback machine courtesy of magical train conductor Christopher Lloyd. After she wonders about Tyler (Katy Keane‘s Eric Freeman), the one who got away, and has an awkward reunion with the one who never was, childhood friend, Ben (DOOL‘s Chandler Massey), she finds herself on an express train to 2011 and her last “good Christmas.”

Reunited with her parents, Evelyn and Marty (Lea Thompson and Matt Walton), who are divorced in the present, her sister, Kristen (Paige Herschell), from who she is now estranged, and her beloved Aunt Myrt (Erika Slezak), she’s forced to question several of her life choices. And then she finds out that the return half of her ticket home has magically disappeared, so it’s a matter of trial-and-error to figure out which of the many potential relationships she needs to repair to get the ticket to reappear.

That means trying to save her parents’ marriage before it comes to a split, and helping her sister and brother-in-law, Peter (Nicholas Delany) with a family dilemma. She also sees Tyler and Ben more clearly through her (really) long-distance lens. Dustin Rikert directs script by Kari Drake and Duane Poole.

It’s fun to have Thompson and Lloyd on the same project, even though they’re not in the same space (or time zone)–and Thompson was an original Hallmark Mystery pioneer, filming nine Jane Doe mysteries between 2005 and 2008. In the Christmas realm, I love her in Love at the Christmas Table. It’s also nice to see Fonseca go very light as the bewildered, and then determined Angie.

Next Stop, Christmas premieres Saturday at 8 pm/7c on Hallmark Channel and W Network in Canada repeats through the end of the year. Here’s a sneak peek.