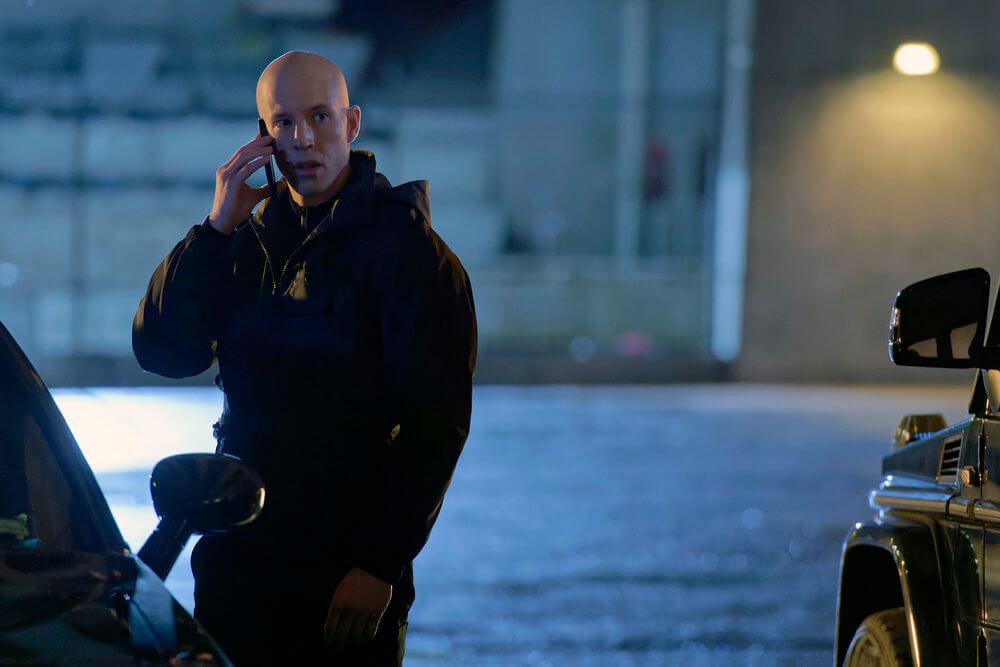 This week’s episode of Dan Brown’s The Lost Symbol picks up in the aftermath of Mal’akh’s escape as the consortium learns that he has other ways of maneuvering them. His demands put Peter at odds with the group as he continues to wonder about who his son has become.

After Sato’s attack, Nunez offers to keep Peter company/protect him, which makes for a few nice scenes between Rick Gonzalez and Eddie Izzard that I would totally watch more of. While they bond, Katherine and Robert go see her mom to break the news that Zachary is not only alive, but also possibly a direct threat to her safety.

The respite gives them a moment to reset as they consider their next steps. We also get a little bit of a behind-the-scenes look at how Mal’akh alters his appearance–turns out it’s not a ton of concealer. And we find out that Sato’s former boss is actually up to something he shouldn’t be.

Dan Brown’s The Lost Symbol streams new episodes every Thursday on Peacock. You can catch the first seven episodes online now. And Monday, the pilot gets a special airing on NBC at 10 pm/9c if you want to get people to check it out linearly.

Hell on Wheels Preview: “One Less Mule” [PHOTOS and VIDEO]