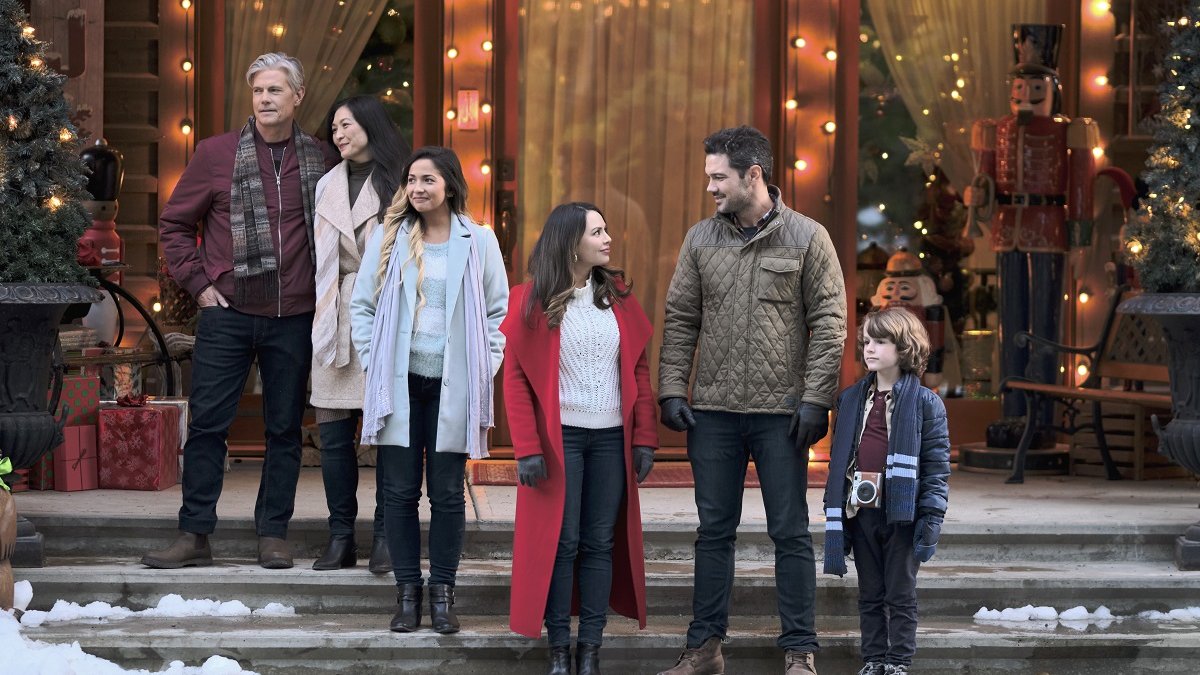 Hallmark Channel continues its Countdown to Christmas for Halloween weekend (because, you know), and Saturday night, Ryan Paevey is back for his fourth consecutive holiday title, Coyote Creek Christmas, which pairs him with Janel Parrish (Pretty Little Liars) in her second, after last year’s Holly & Ivy.

In the film Paevey is single dad Dylan, who usually travels the globe with his young son, Noah (Azriel Dalman), every holiday, but this season his brother, Jack (Brad Bergeron), sends him on a detour to scout the Coyote Creek Inn, a property that’s quietly going on the market (see also Let It Snow and Christmas at Holly Lodge). Parrish is Paige, an event planner and daughter of the couple selling the Inn, which they haven’t told her.

That complicates things when Paige comes home to the Inn for Christmas and finds it woefully unprepared (by Hallmark standards) for the holidays, without sussing out the why, just as Dylan and Noah check in. Dylan’s in a tight spot when Paige’s parents, Rick (Cameron Bancroft) and Quinn (Naomi King), ask him not to tip his hand about the reason for his stay.

Well that of course is a ridiculously hard secret to keep, and he eventually asks them to come clean with Paige, which doesn’t exactly go to plan. By then Paige is invested in Dylan and Noah, who’ve been very handy in helping her get the Inn ready for a themed event to be staged in double time. So she’s doubly disappointed when the truth finally comes out. Of course, everything shakes out the way it’s supposed to.

Paevey is super good with Dalman, and if I recall right, it’s the first time we’ve seen him play a dad. He’s also good with Parrish, and Bancroft and King as Dylan unwittingly becomes a family counselor trying to help all three of them admit what they want to each other.

There’s also an ensemble aspect to the film, including longtime Inn staffers Julie (Delores Drake), Mia (Adriana Ravalli), and George (Marc-Anthony Massiah), and local musician Leah (Lorna Rose Harris), who Mia needs some help admitting she might be sweet on.

Coyote Creek Christmas premieres Saturday at 8 pm/7c on Hallmark Channel in the US and /W Network in Canada. Here are a few sneak peeks.

Covert Affairs Preview: “Something Against You” [VIDEO and PHOTOS]