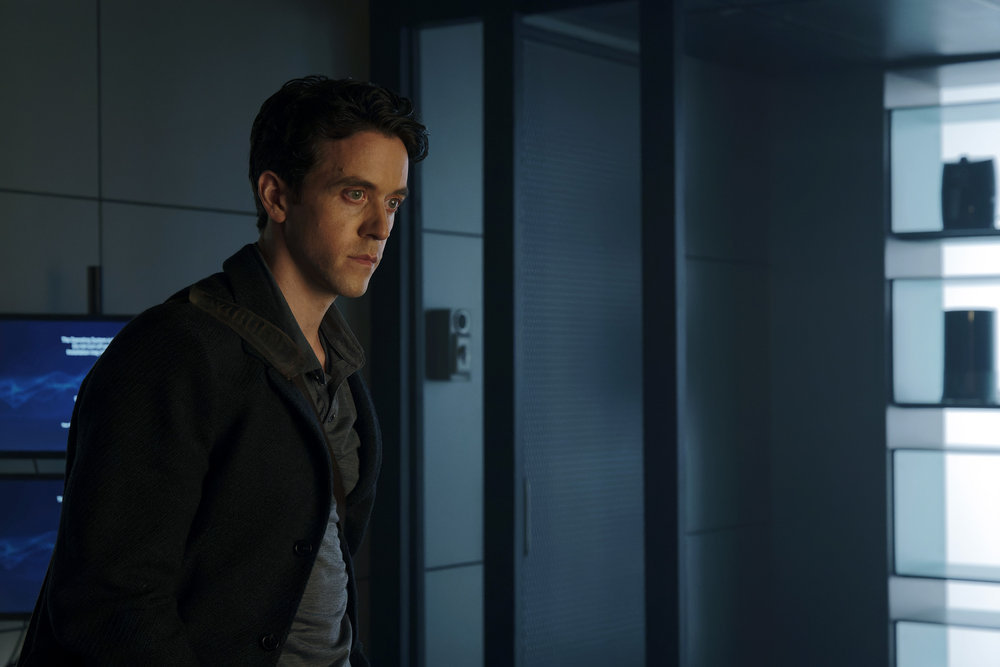 Thursday, on the next new Dan Brown’s The Lost Symbol, we dial it back to the (very brutal) origin story of how Zachary became Mal’akh and get a little more insight into how his supposed death further fractured an already tenuous family.

Much of the episode is set around the timeline of Zachary’s imprisonment with a few different POVs tossed in as to how he handled it and was groomed by a fellow inmate, and how Peter actually responded to his son’s dire situation. In the present, we see how his family is handling his surprise return.

Sato’s still struggling with what it means that Zachary didn’t die and that she perhaps had a role in his transformation to Mal’akh when she turned away from him.

We also learn a little more about what Zachary’s loss did to Robert and Katherine, who were on a very different trajectory in their relationship before they separated.