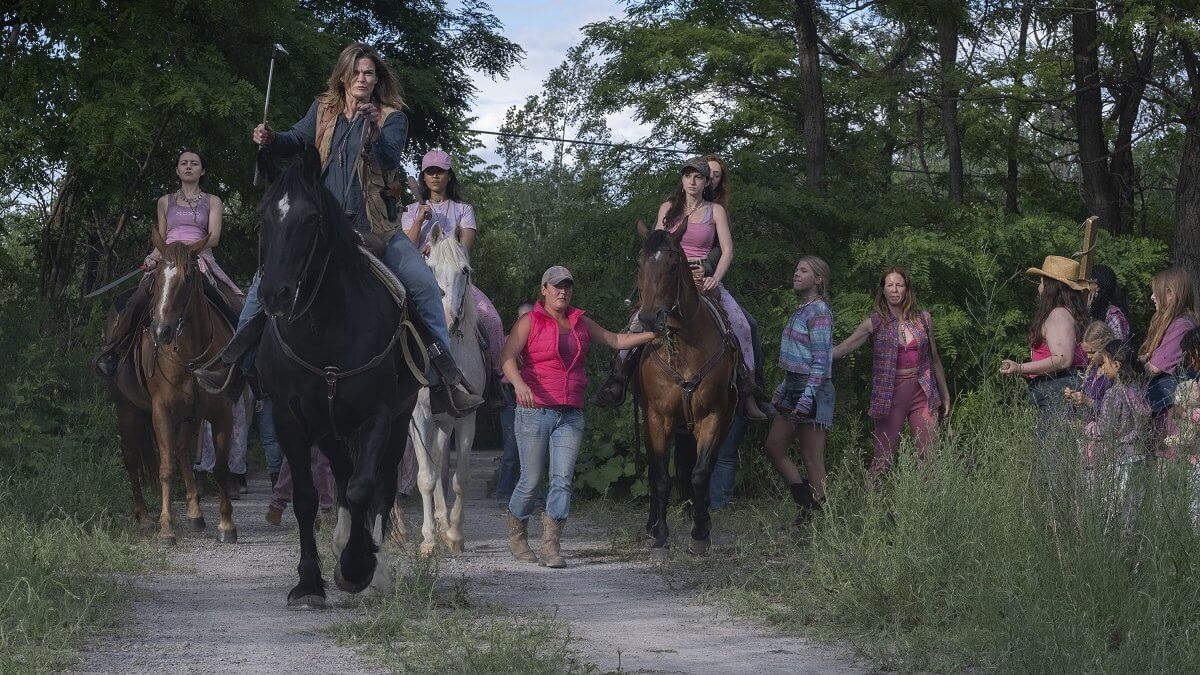 After splitting up the storytelling this season, Y: The Last Man visits all three arcs in its penultimate episode, “Peppers,” which drops Monday on FX on Hulu.

Written by Katie Edgerton and directed by Cheryl Dunye, the episode spins up a fair amount of bedlam on two fronts.

In the first, Jennifer faces her most serious threat at holding onto the presidency, not just from Secretary Oliver, who’s half heartedly backed by a grieving and completely-out-of-f!cks Kimberly , but also the group that sent Beth in to do recon. When those two things collide, it’s every woman for herself to get out alive.

The Amazons are growing more feral as Roxanne works the women into a take-no-prisoners frenzy that’s both destructive and dangerous. Nora’s attempt to interject some reason into the activities isn’t accepted very well.

Things are faring a bit better for Yorick, Agent 355, and Allison. They’ve settled into the town, to a degree, although Agent 355 is haunted by visions of her past–a leftover from her head injury or the infection that caused the accident. It’s unclear. But it’s throwing her off balance.

Y: The Last Man is streaming its first eight episodes now on FX on Hulu with new episodes every Monday. ICYMI last week, it was announced that Y: The Last Man won’t be back on the network, but TPTB are shopping other outlets, so if you’ve been watching and Tweeting, add #YLivesOn to your Tweets! Here are a couple of sneak peeks of “Peppers.”