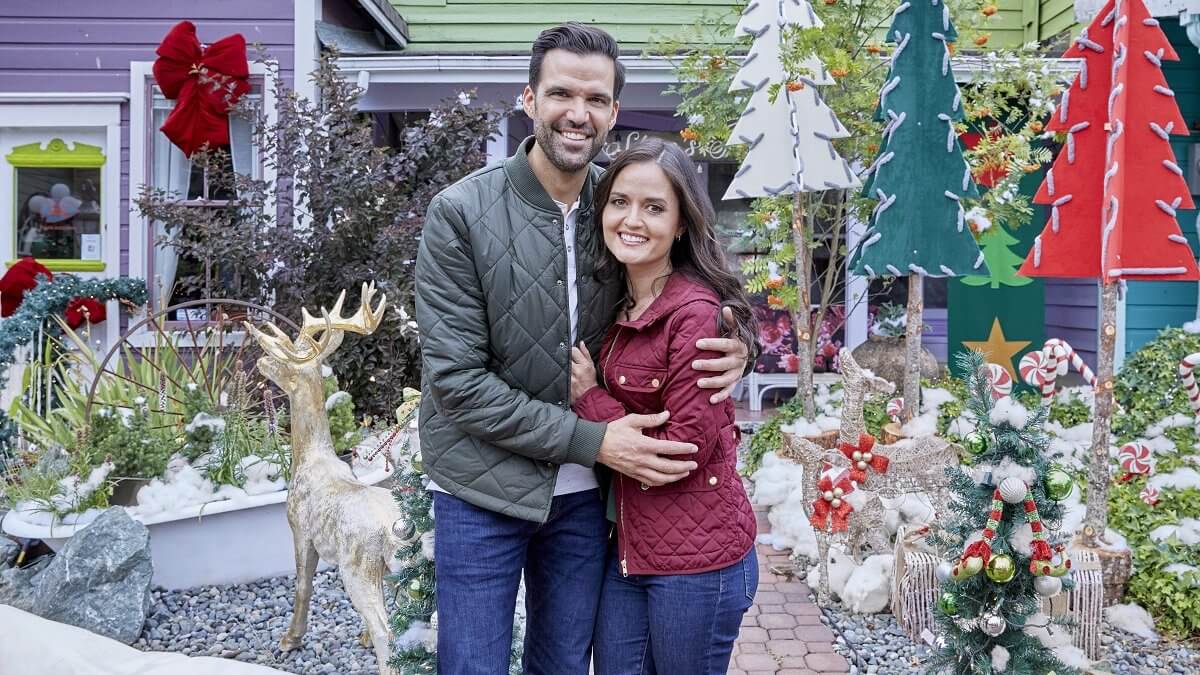 Warm up the holiday bingo cards, kids, Hallmark Channel is kicking off its “Countdown to Christmas” season Friday with You, Me, and the Christmas Trees, starring Danica McKellar and Benjamin Ayres in a fun first-time pairing as an arborist and a fourth-generation Christmas tree farm owner who bond over trying to save his season when a mystery malady starts browning out his trees as soon as they’re cut.

David Winning directs Julie Sherman Wolfe’s script, that’s set in Avon, Connecticut (same as January’s Taking a Shot at Love) and chock full of small-town charm. McKellar is Olivia, a “Christmas tree whisperer” and certified arborist who has a knack for identifying and resolving tree issues. She’s summoned to Avon by Jack (Ayres) after he fields a glut of returns on his trees that have immediately started dropping needles.

Olivia’s dodging her family because she cancelled a Christmas wedding and isn’t eager to face the drama that comes with going home. She jumps at the job for Jack, and then when she finds a kindred soul in their shared appreciation of trees and forestry, she finds a reason to stay. There’s also the actual job part, which has her testing and retesting theories to figure out what’s happening so she can save not just this year’s crop, but the farm’s future, too.

She also discovers what Christmas is about when she’s invited into Jack’s extended family, and to participate in their myriad celebrations (cue the bingo cards). Lind Darlow plays Jack’s mom, Peggy; Jill Morrison, Billy Wickman, and Amanda Lisman play his tribe of BFFs, and Daniel Bacon plays the mayor. In a fun The Wonder Years wink, Jason Hervey plays Jack’s competition, Dwayne, who’s all too eager to pick up his lost business.

Ayres and McKellar are clearly having a ridiculously good time and it’s infectious to see them get to be sort of nerdy happy about the trees. This granola crunchy tree hugger approves. And Darlow is one of my longtime faves back to Lifetime’s Angels Fall.

You, Me, and the Christmas Trees premieres at 8 pm/7c Friday on Hallmark Channel. Here are a few sneak peeks.