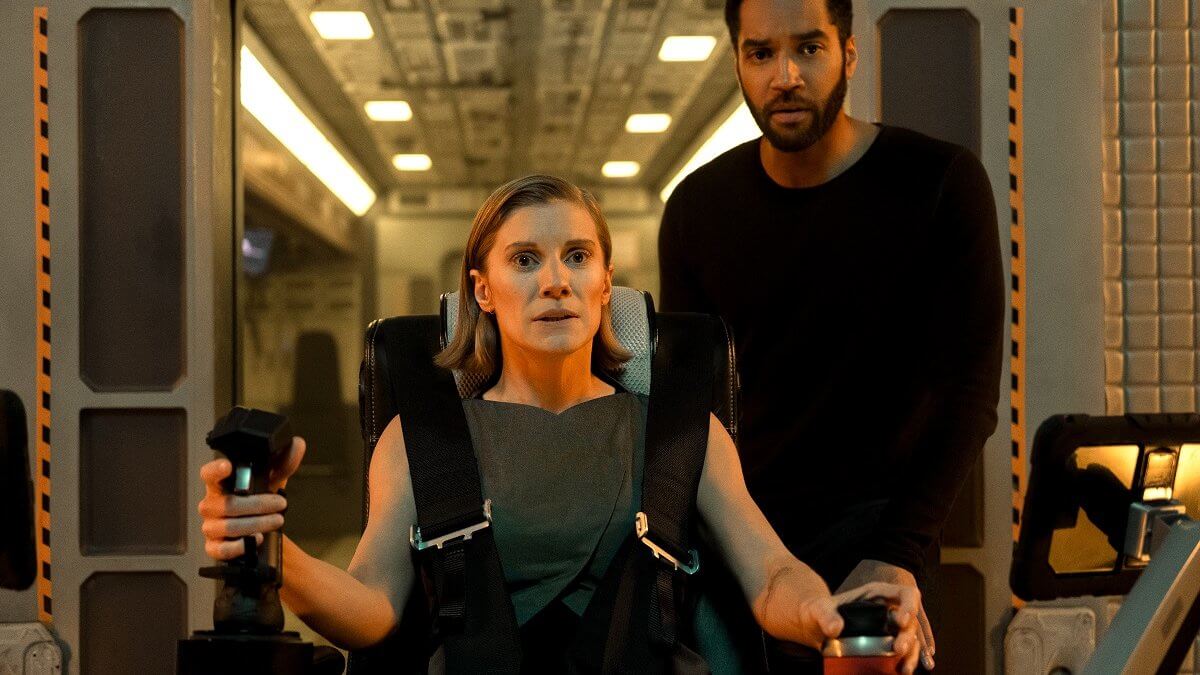 Another Life, from Slasher/Slasher: Flesh and Blood creator Aaron Martin, returns to Netflix Thursday for it’s COVID-19-delayed second season that find Katee Sackhoff’s Niko Breckenridge right where we left her at the end of Season 1–facing down impending doom at the helm of the Salvare, with her right-hand man/AI, William (Samuel Anderson) at her side.

In the aftermath of the Achaia taking an offensive posture, she moves to defense, trying to figure out how to navigate them and well aware of how any missteps on her part could impact Earth. What she doesn’t know is that that’s an even more loaded gamble because her husband, Erik (Justin Chatwin), is now more closely intertwined with the Artifact on Earth because of the way it affected their daughter, Jana (Lina Renna).

Aside from running point to appease the Achaia, Niko is also juggling the surviving crew, some newly brought out of cryo, and random rogue AI business that opens up all kinds of discussions about their humanity, capability for emotional connections, and ability to supersede their programming. And, at some point, she’d like to get them all back home in one piece.

Another Life Season 2 will be available on Netflix this Thursday, October 14th. Here’s a sneak peek.

Images and Video Courtesy of Netflix.

Y: The Last Man "My Mother Saw a Monkey" Preview

Aftermath Preview: “Where the Dead Men Lost their Bones”