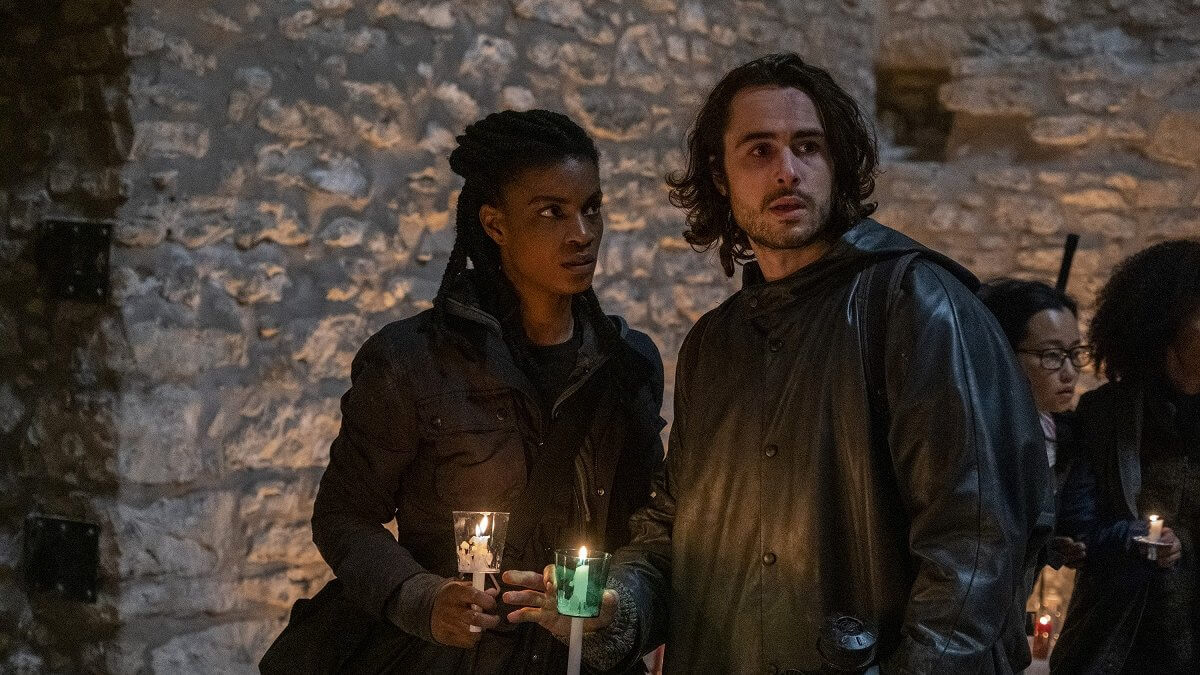 Monday, on the next new Y: The Last Man, our survivors find themselves in an array of uncomfortable scenarios.

Agent 355’s attempt to get out of town with Yorick and Dr. Mann hits a snag when she becomes a target of a wholly separate investigation into what happened with those helicopters. That wrinkle potentially divides loyalties among the trio. But first, we get a very cool rendition of Radiohead.

Back at the Pentagon, that complicates things for Jennifer, who is still deflecting Secretary Oliver’s attempts–with Jennifer’s support–to claim the presidency.

Nora and Mackenzie and Hero and Sam settles into to their new normal among the women’s militia with variable degrees of success, as some find Roxanne (Miss Pyle) and her army of followers (which include Slasher: Flesh & Blood‘s Sydney Meyer) either alluring or terrifying or a little bit of both. Then it becomes a case of, figuring out whether what she’s offering is better than anyone else’s currently available offer, and is the price worth it.

Y: The Last Man is streaming its first five episodes now on FX on Hulu with new episodes every Monday. Here is a sneak peek of “Weird Al is Dead.”

Photos and video courtesy of FX.