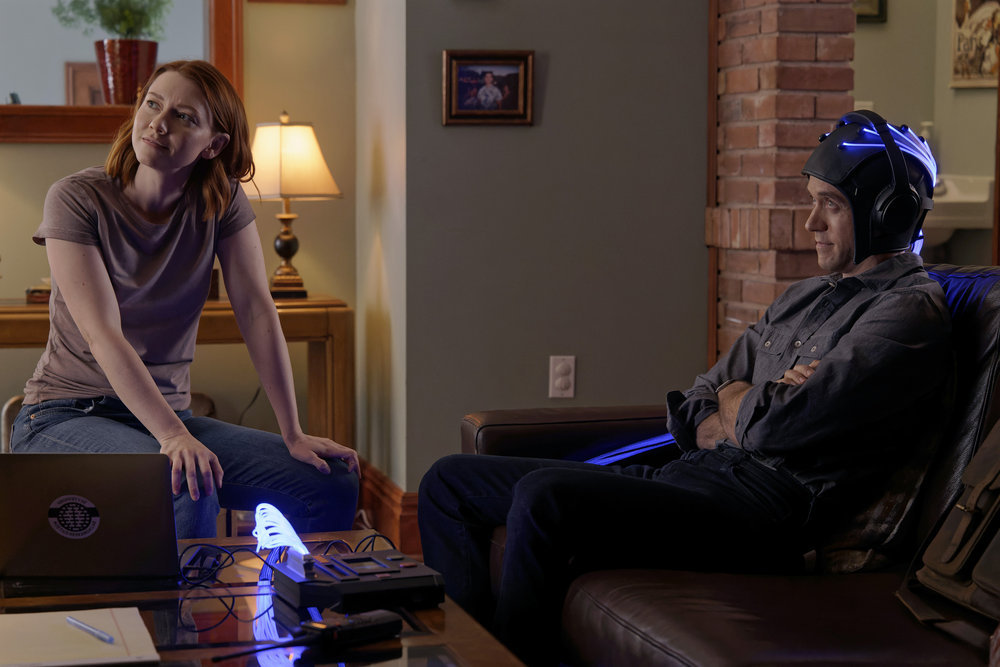 Thursday, on the next new episode of Dan Brown’s The Lost Symbol, Katherine and Robert lay low at Nunez’s while Sato and her boss tag-team an interrogation.

When Robert (understandably) can’t unclutter his mind enough to figure out a cipher, Katherine gets help from her colleague, Trish (Emily Piggford), who brings over a device that will help him work past the mental bock. That sets them off on another scavenger hunt and Robert gains new perspective on the value of Katherine’s research.

Nunez outs the CIA for keeping tabs on him, and Bellamy is in his own predicament with them when he’s tapped to reveal what he knows. Sato tries the human approach in questioning him, coming clean about why the case is so important to her.

Meanwhile, Mal’akh keeps stalking who he can in increasingly unnerving ways to get a bead on where Robert has gone underground.