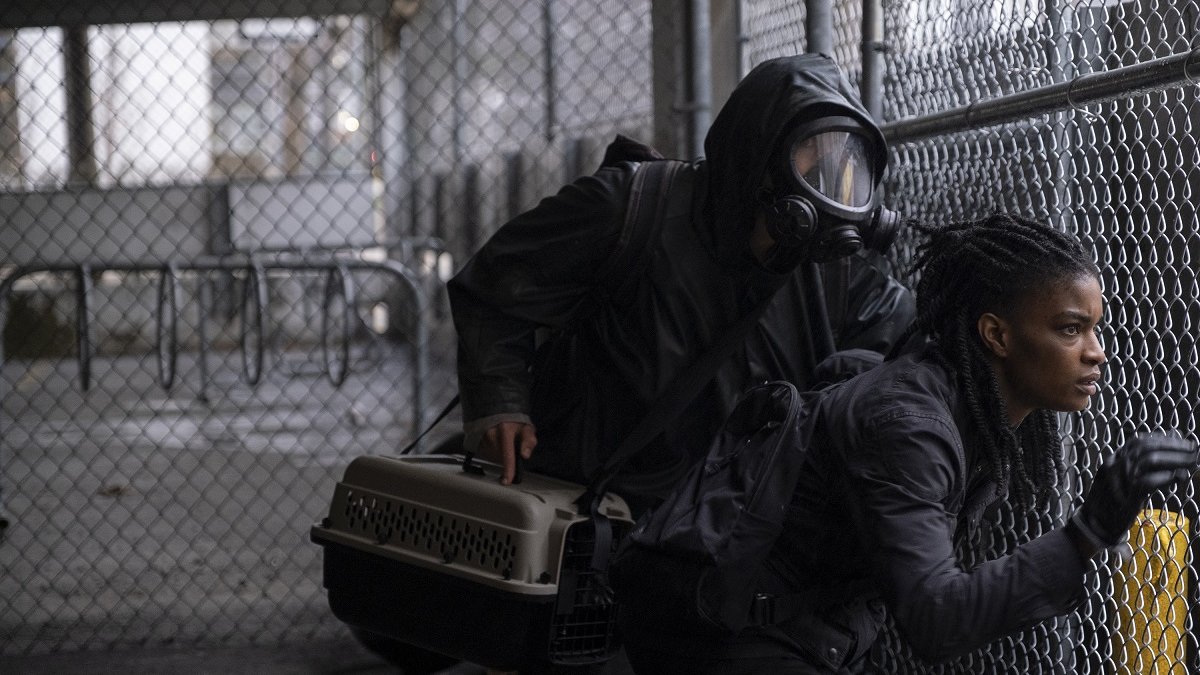 Monday, on the next new Y: The Last Man, Agent 355 and Yorick get closer to finding Dr. Mann (Diana Bang) while Jennifer navigates the arrival of the other party’s POTUS, Regina Oliver (Jennifer Wigmore).

“The Last Mann” follows Agent 355 and Yorick to Dr. Mann’s college campus, which is now overrun by the military. Assigned to lay low while Agent 355 investigates, Yorick instead goes on a ramble of his own. Agent 355 gets the intel she needs on how the military factors in, and the challenges they’re facing from protestors rallying against them.

She also takes her own field trip to see if she can suss out more about survivors of her own organization and gets a few surprises along the way. Once they locate Dr. Mann, she has some demands of her own before agreeing to help.

Back at the Pentagon, Jennifer and her team are preparing for Secretary Oliver’s arrival and figuring out how to retain control despite the more conservative faction’s desire to have Jennifer step aside. Kimberly crosses party lines to help Jennifer’s staffer, Christine (Jess Salguiero), during a personal crisis that unwittingly bonds them together.

The episode was written by Tian Jun Gu and directed by Mairzee Almas.

The first four episodes of Y: The Last Man are streaming now on FX on Hulu and episode 5 premieres Monday September 27th. Here’s a sneak peek.