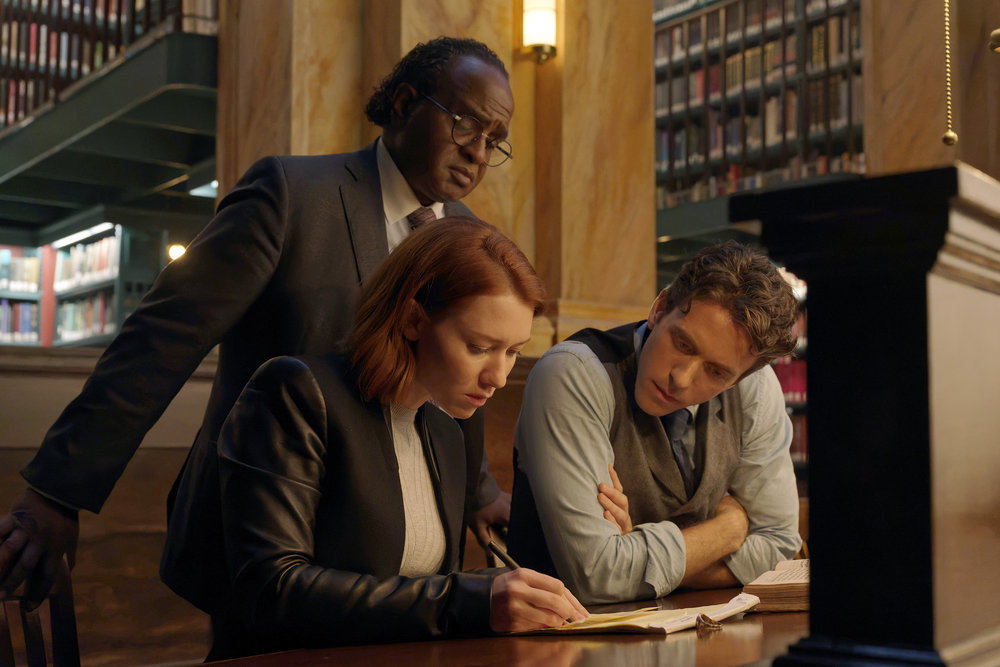 In the second episode of Dan Brown’s The Lost Symbol, streaming Thursday on Peacock TV, Robert and Katherine begin a cat and mouse game to follow the designated clues while also dodging the CIA.

They’re aided by Peter’s friend and fellow Mason, Bellamy (Tyrone Benskin), who shares just enough details to keep them interested until the pair coax a little more information out of him.

While they’re navigating new ciphers and mysteries against a ticking clock, Peter is trying to find his way out of his captivity.

Separately, we meet Sato’s boss (Greg Bryk) and learn some more about what befell Zachary and how he figures into the larger picture with Sato. Nunez is recovering from his attack and trying to determine which side of the situation is the wisest, although not necessarily the safest, to align with.

And Mal’akh keeps pulling strings in the larger mystery while trying to tap Peter for more information.

Dan Brown’s The Lost Symbol streams new episodes every Thursday on Peacock. Here is a sneak peek of “The Araf.”