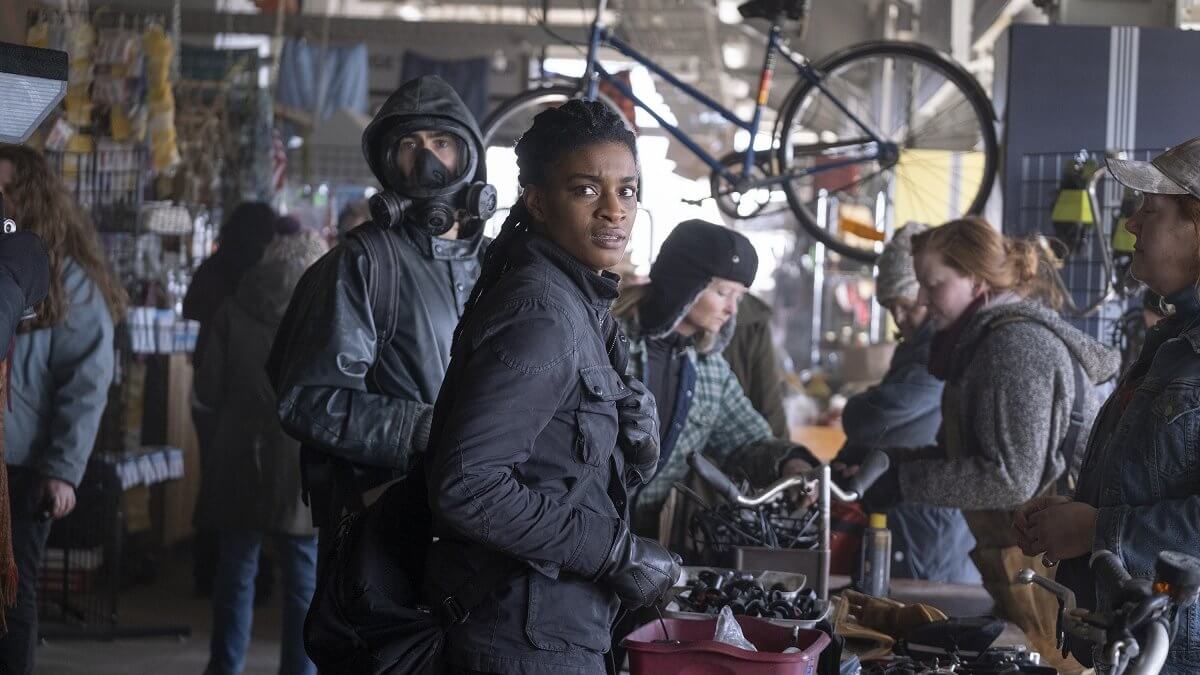 This week, on episode 4 of Y: The Last Man, we take a break from Jennifer’s world and the Pentagon and pick up with some of the other characters. As we mentioned last week, women are creatively involved across the board, and “Karen and Benji” was written by Donnetta Lavinia Grays and directed by Destiny Ekaragha.

Following the downing of the chopper accompanying Agent 355’s evacuation of Yorick, they set down in the woods to repair their own chopper. That lends itself to a semi heart-to-heart between them as Yorick tries to find out more about exactly who she is. When they cross paths with some of the general public, things get a little dicey and he sees the expanded range of her skillset.

Hero and Sam (Elliot Fletcher) are making their way to DC on foot, but Hero’s less eager to get there than Sam and keeps delaying their travel until it bites them and they’re endangered by a pseudo-militia group of survivors. They also end up running into Nora and her injured daughter, which lets Hero flex her own skillset.

It’s a much more heightened episode as we glimpse the bigger picture about how the rest of the world is managing (or not) several weeks after the event. And there is a neat moment in the cold open that gives us yet another view of Agent 355.

The first three episodes of Y: The Last Man are streaming now on FX on Hulu and episode 4 premieres Monday September 20th. Here’s a sneak peek.