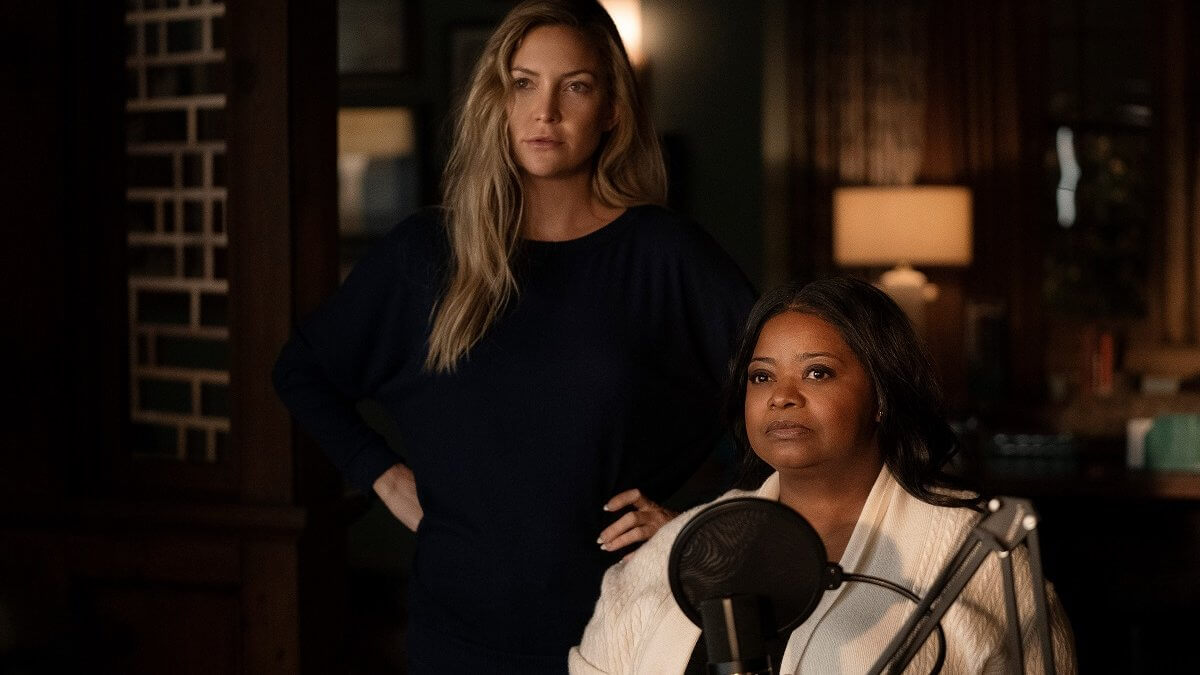 Truth Be Told returns to Apple TV+ for Season 2 this Friday and I feel very prescient for calling it in my Season 1 preview that this would be a great format to follow Octavia Spencer’s Poppy Parnell on a new case every season and keep the thread of her family throughout. Go, me. That’s exactly what the second season does, and it goes one better, bringing Poppy into a fresh new case with a childhood friend who’s practically family at the center.

Kate Hudson co-stars as Micah Keith, a Goop-esque mogul who managed to monetize her own rise from the streets into a multi-million dollar business about self-empowerment. It’s Hudson’s first recurring TV series role since Glee several years ago and she immediately reminds us how damn good she is. Paired with Spencer and the rest of this cast, it’s really something to watch the season unfold in their hands.

The story is set in motion when Micah’s husband, Joshua (Jason O’Mara), is murdered and she enlists Poppy’s help to find out who’s behind it after the circumstances of his death make it easy for the police to write it off. Poppy says yes, with the explicit agreed-upon parameter that she will go all in on an investigation and if there’s anything Micah would rather not come to light, then it’s a capital bad idea for her to be involved because she will shake those skeletons loose.

Micah says yes, and then, because it’s a ten-episode arc, Poppy does indeed discover some things she’d rather not know about her friend. She also gets an unlikely assist from Aames (David Lyons), a police detective with his own reasons for trusting her instincts more than his department.

I’ve seen the whole season, shepherded again by series creator Nichelle Tramble Spellman, and it’s very well done. I loved coming back into Poppy’s world and watching her do her thing. Set against the backdrop of the residual damage from Season 1 and a new case that hits very close to home, we see that combination rattle her self-assurance about why she does what she does and how much it costs–and for whom. And Hudson is a very welcome addition to the show, breathing life into a complex, multilayered, and not wholly sympathetic character. Put this one on your calendars.

Truth Be Told Season 2 premieres Friday on Apple TV+ with the first episode and subsequent episodes will be released each Friday. The first season is streaming now. Here’s a sneak peek of the new season.

Photos and video courtesy of Apple TV Plus.