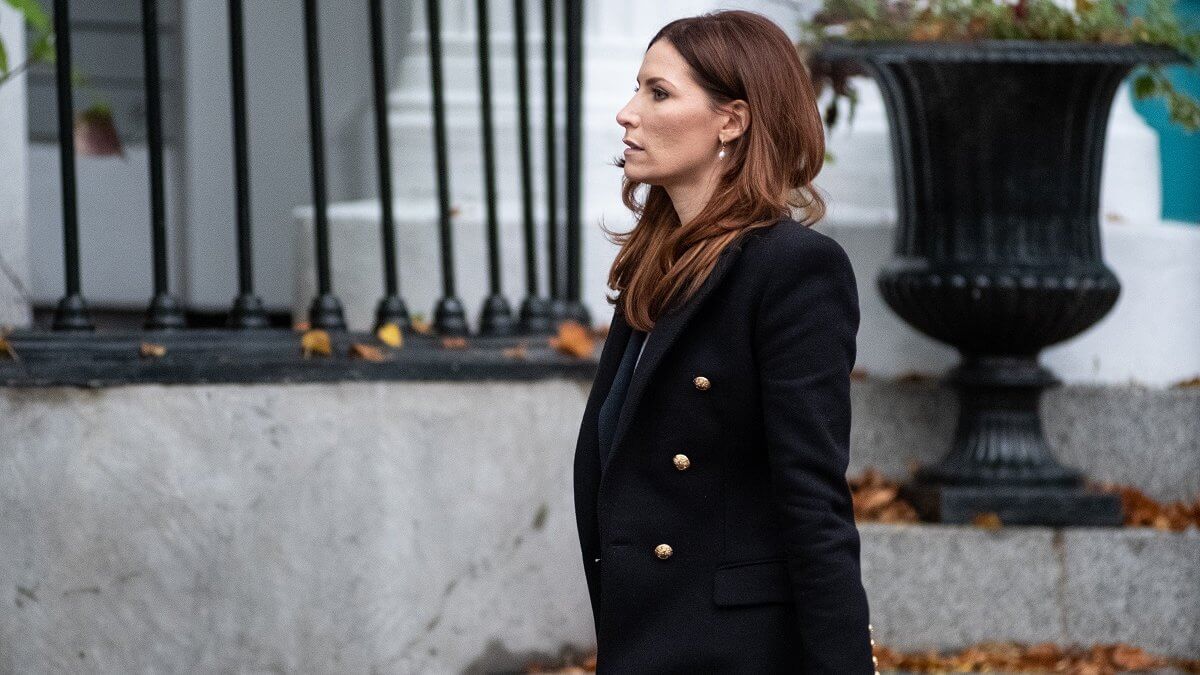 This week’s new SurrealEstate is the second directorial outing for Melanie Scrofano, and she brings us an episode that’s equally delightfully silly and a little terrifying.

Susan is retained by a client eager to dispose of a property that’s currently occupied by a bro squad of twentysomethings he’s unable to eject. She takes the first pass at trying to negotiate with them, and when that doesn’t work, Zooey goes in undercover, working her magic (in a hysterical montage about how dumb boys can be) to procure the photos they need to get the house listed and sold.

The rest of the team tries to circumvent a potential tragedy when they realize that the listing Rita tossed at them and then ran from is working its way down an open house list, bumping off prospective buyers. Getting to the bottom of things involves going way back in the history of the house, and its owner, Catherine Owens (Elizabeth Saunders–our Canadian friends will recognize her from S3 of Mary Kills People, which we are STILL waiting on, and Hallmarkies will recognize her from When Hope Calls), who’s currently incarcerated for a murder several years earlier.

That sends Luke out to the prison to chat with her, and her demeanor and the wordplay of their conversation rattle him. Once he finds out the stakes on interrupting the kill list are much higher, and more personal, it’s all hands on deck to stop a Final Destination chain of events.

The comeuppance in doing so is particularly sweet, and so is Zooey and Susan’s tag team takedown of the Gen Z squatters. Duana Taha wrote the very clever, and cleverly demented, script, and Scrofano has a ball staging an episode that’s much lighter than last week’s arcs.

SurrealEstate airs Fridays at 10 pm/9c on Syfy in the US and CTV Sci-Fi in Canada. The first five episodes are now streaming on the networks’ websites, and you can catch our previews and an interviews with Tim Rozon, Tennille Read, and showrunner George R. Olson here.

This house might be your final destination. 👀 Watch an all-new episode of #SurrealEstate. Tomorrow at 10/9c on SYFY. pic.twitter.com/7JMcciso2h