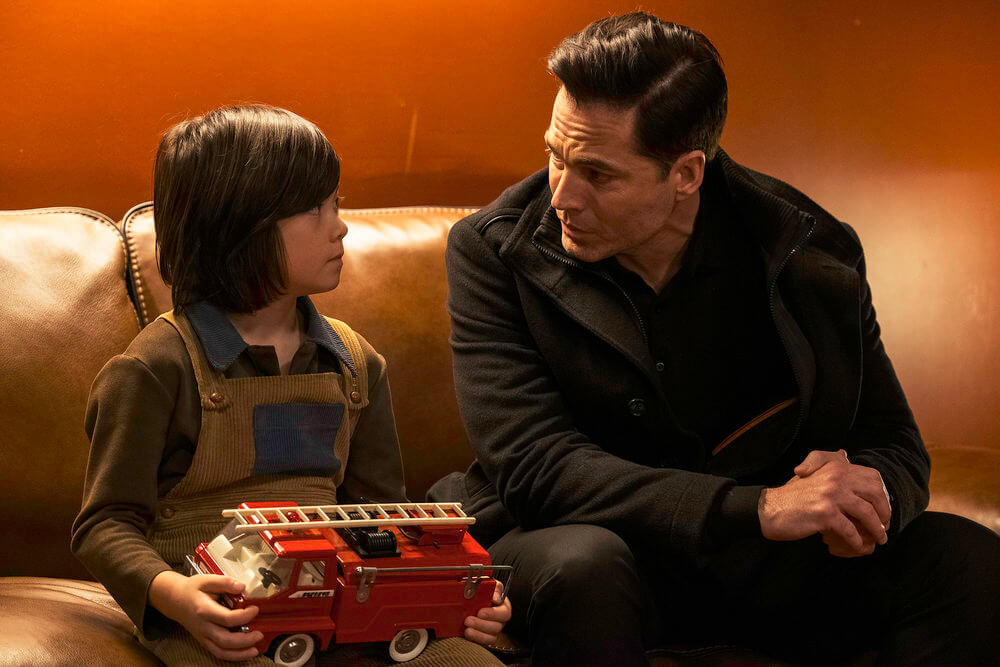 Melanie Scrofano returns to SurrealEstate this Friday, this time as director, in an emotional episode that sends Phil down a rabbit hole of unresolved feelings about leaving the priesthood and the church while the team tries to help a secondary ghost after they rid a home of the first one.

Phil and August clear a bigger bad who gives them a run for their money ahead of the arrival of hip-hop artist Damon (Cassius Crieghtney), who’s picked the house as his home away from home and remote recording studio for his next album. He soon discovers backup audio (hence the Ft. in the title) courtesy of the ghost of a young Indigenous boy named George (Atticus Lee-Sampson).

Then the race is on to find out who he is, and that brings Phil back into closer proximity with the Cahtolic diocese than he’d like, dredging up memories that are good, bad, and painful in a series of strong scenes for Adam Korson. Susan and Zooey go toe-to-toe with Damon’s manager, Tessa (Getenesh Berhe), who wants everything just so, but his engineer and brother, Zeke (Nathan Mitchell), is much more chill about things. That’s until they all meet their houseguest.

It’s up to Luke to help the little boy find closure, in another stellar scene–one of two–for Tim Rozon. The arc is devastating, and devastatingly timely, following the discoveries this year of mass graves at Catholic-run residential schools for Indigenous children across Canada. This episode was written (by Gillian Müller) and filmed well beforehand last fall, but the longstanding abuses that preceded the shuttering of all the schools were already known.

Scrofano does a lovely job balancing the episode’s lighter moments with the emotional resonance of the scenes where Phil and Luke, and then their colleagues and clients, recognize the cultural depths of despair George represents.

SurrealEstate airs Fridays at 10 pm/9c on Syfy in the US and CTV Sci-Fi in Canada. The first four episodes are now streaming on the networks’ websites, and you can catch our previews and an interview with Tennille Read here. Here’s a sneak peek of “Ft. Ghost Child.”