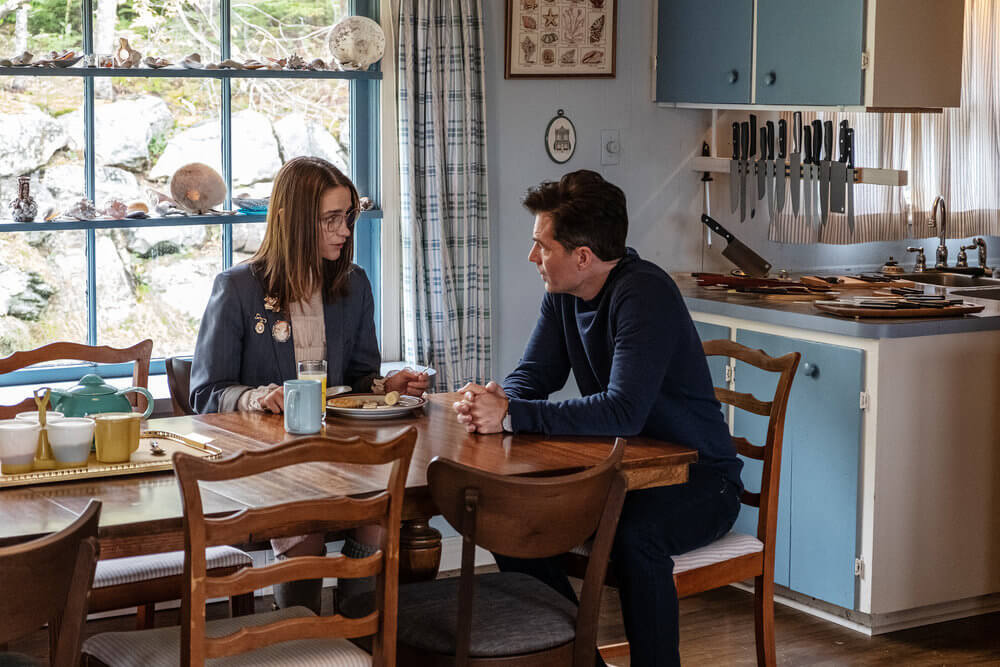 Friday night, the Wynonna Earp fans are in for the first of a three-peat treat as Melanie Scrofano guest stars opposite Tim Rozon before segueing behind the camera to direct the next two episodes.

In “For Sale by Owner,” Scrofano plays Harper North, a potential new client for the Roman Agency. She’s the slightly off-kilter sole resident of a beautiful lakefront property who seemingly is trying to unload the family homestead on her own, but can’t quite get to closing with any of the interested parties. Luke is engaged by her brother to gain the listing and then realizes she needs help with more than just selling the house.

While he’s working on that, Susan is tasked with finding the perfect, still-stigmatized house for author and regular client William Larson to write his next macabre bestseller, but that’s easier said than done. She and Zooey have to work together on it, without showing their hand to Luke that they might need his help.

Meanwhile, August and Phil are trying to suss out Luke’s attachment to the Donovan house and/or Megan until Susan weighs in with the most plausible option C. And then on his next visit to see Megan, Luke gets another unwelcome, and unsettling, surprise.

The episode is trippy fun just to watch Rozon and Scrofano bring a completely different but just as crackling energy to their scenes together. And then it’s nice to see Susan scramble to be her usual closer self without any help and realize she’s actually part of a family unit now, which carries over to the group’s concern for whatever Luke isn’t sharing with them. Danishka Esterhazy directs a script by Ramona Barckert.

SurrealEstate airs Fridays at 10 pm/9c on Syfy in the US and CTV Sci-Fi in Canada. The first two episodes are now streaming on the networks’ websites, and you can catch our previews and an interview with Tennille Read here.

Photos and Video Courtesy of Syfy.

SurrealEstate Preview: "A House Is Not a Home"