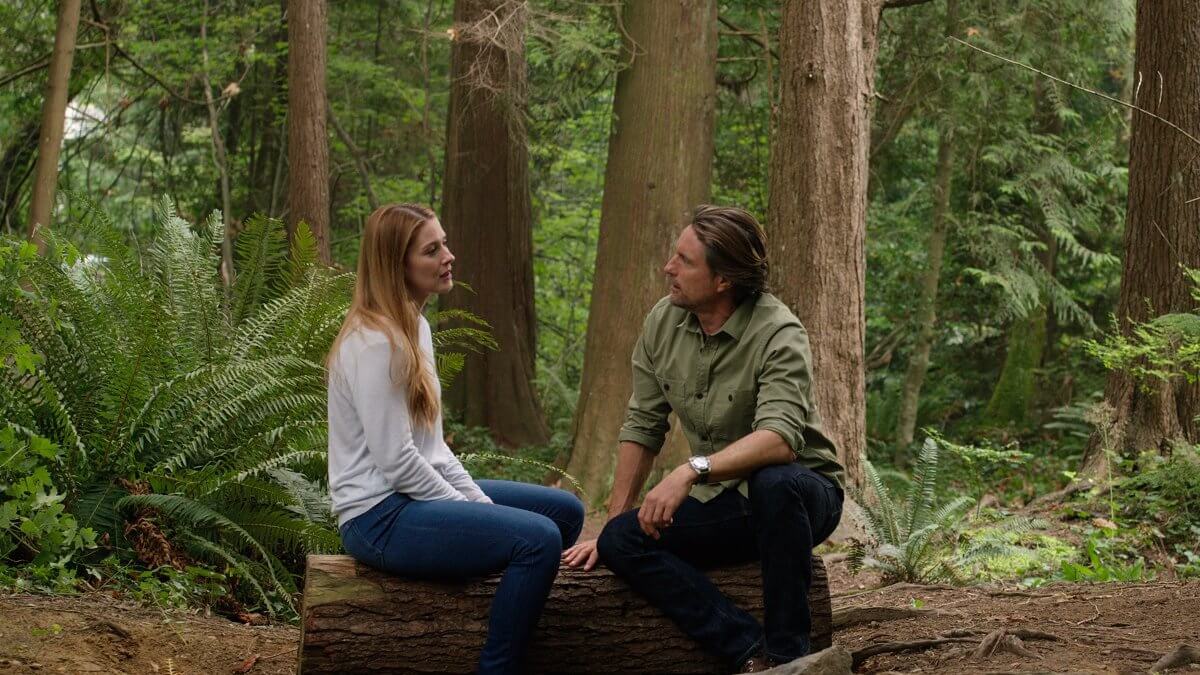 Virgin River returns this Friday for its strongest–and most romantic–season yet. As you’ve no doubt surmised from the trailer and the poster, Jack does indeed survive the shooting, and the action picks up a few weeks afterward as he and the town return to normal.

He and Mel are pretty cemented as a couple at this point, and the season navigates some of their ups and downs as circumstances shift them into tighter quarters than they might have initially intended, and what they each want for the long haul starts to change a bit. Jack also goes above and beyond in the grand gesture department a few times until he realizes Mel’s pretty happy with honest conversations, too.

Thankfully, this season isn’t mired in the Charmaine pregnancy push-and-pull love triangle that had a habit of consuming Season 2, although she still is in the picture. YMMV, but I seriously thought she was further along in her pregnancy. Jack has other family around, too, as his sister, Brie (Zibby Allen) extends her stay for reasons she doesn’t immediately divulge and then strikes up a couple of new relationships on her own.

We do find out pretty quickly what’s going on with Doc, and how he handles it threatens his closeness with Mel, but he’s also on his own a bit as Hope ends up stranded on the other side of the country helping her aunt. Muriel steps up as a genuine friend and is warned off by others in the group of girlfriends that she needs to adhere to that line. It’s an excellent season for Tim Matheson, who is very, very good as Doc is put through his own emotional wringer.

The ladies also have their own trials. Connie is still helping Preacher parent Christopher, who’s having a hard time with Paige’s continued absence. And Lily faces another challenge that brings everyone together, which gives the fabulous Lynda Boyd (Republic of Doyle) ample opportunity to flex her skill set in ways that might surprise people who only know her from this show.

Ricky and Lizzie are still going strong, too, despite having to find ways to be together that evade Connie’s radar. And we see Lizzie come into her own as part of the small, close-knit community while new high school graduate Ricky ponders his next steps. Brady sticks around to try to walk the straight and narrow even if he can’t quite get back in Jack’s good graces.

Season 3 is ten episodes again, and this time around, the narrative feels much tighter without a pair of jealousy arc throughlines, which is a delightful surprise. The timespan thing is a bit tricky–we don’t get a definitive on how long Mel has been in Virgin River but the net-net is that three seasons for us has been less than a year for all these folks, and it’s been A LOT.

Virgin River Season 3 will be available July 9th at 3 am/2c on Netflix. Here are a couple of sneak peeks. Seasons 1 and 2 are streaming now.

Photos and Video Courtesy of Netflix.