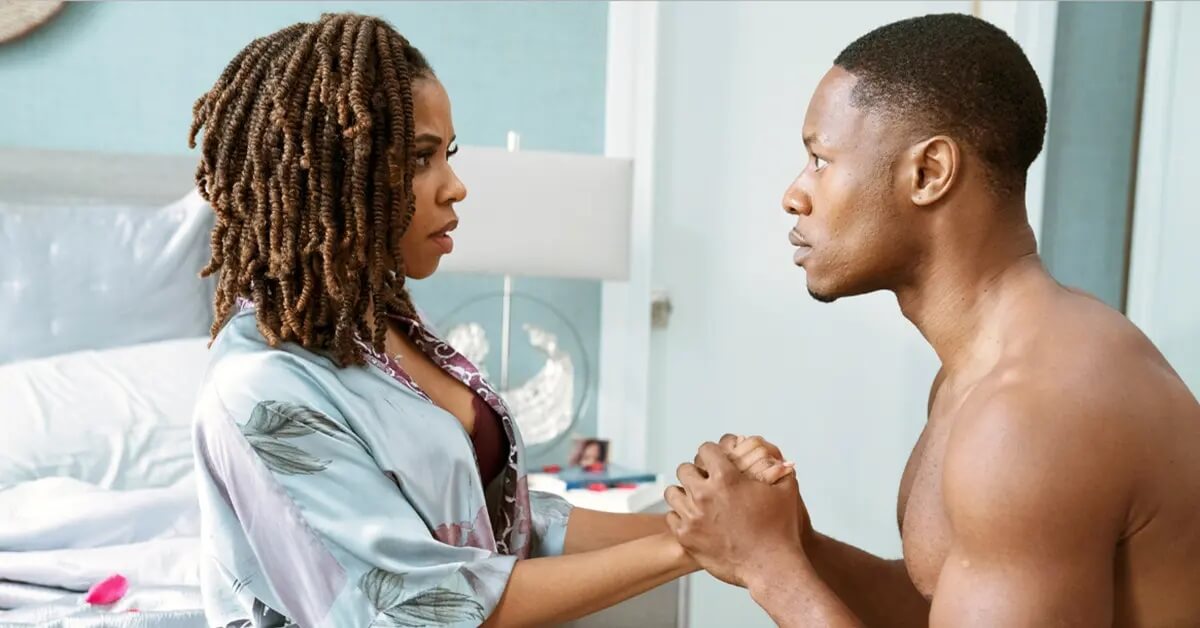 BET’s breakout hit, Tyler Perry’s Sistas, is back for its third season, and TV Goodness checked in with series star Chido Nwokocha, who plays Gary, for a quick e-mail Q&A.

How did fans react to what happened to your character at the end of the season 2 finale? That was a big cliffhanger…

Very excited to get a third season. It’s awesome we have the fans’ love and support. It was definitely shocking, I’m sure a lot of fans were hoping that that would be it for Gary. The character drives a very strong love/hate relationship amongst the viewers. So it made for a great cliffhanger.

I think they were getting to a place of peace and growth. They were able to talk through a lot of the issues they had and what they wanted before they could take the next step in their relationship. It was looking promising until…Jasmine entered the picture.

Do you think Andi and Gary are a couple to root for? Why?

I know couples go through their ups and downs, but with these two, I think some space would do them some good. They are both blinded by love and that’s not always the best thing to lead and make decisions with.

How has Gary evolved over the last two seasons? What have you enjoyed about playing him?

I think he is learning how to let go a bit; communicate his wants and desires. He is used to getting his way and he has to learn in a relationship there is always some give and take. We started to see a very grounded and human element to him which gives the viewers a chance to see why Andi has fallen in love with him. I’ve enjoyed playing a guy that I have nothing in common with [and] we are so different in the ways we operate. But it makes for a fun character to play.

Would you consider Gary a villain? Why or why not?

I guess he can be at times, because he is creating so much drama on the show, where you always feel like he is up to something. He’s misunderstood, and needs more time to show what a good guy he is. I hope that’s what we will continue to see as the show goes on.

How different was filming season three versus season two? Or were the same [COVID-19] precautions in place?

[The] same precautions were in place. I would say everyone is a lot more comfortable and settled in with their characters. Which is helping the performances and allowing for a great story to be told.

Why are Sistas fans going to want to tune in to season three?

Because they are going to get the answers to all of their questions and storylines they have been watching these last few years.

For those who haven’t tuned in yet, why do you think they should binge and catch up right now?

Because adding a fun, drama-filled show with so many relatable characters dealing with life, friendships and relationships is a great watch and will definitely have them glued to their seats.

Your boss—Tyler Perry—gave a powerful speech at the Oscars earlier this year when he received a Humanitarian Award. His words went viral. Why do you think his speech struck such a chord with so many people?

Because it was from the heart and you can tell that’s who he is. He’s worked hard to accomplish everything he’s obtained in life, and equally wants to give back to people with the same passion he uses towards his personal success. It means more to him to give back and help others, and I have the utmost respect for that.

You’re in Top Gun: Maverick, which is out later this year. What was your overall experience like and can you talk about who you play in the film?

It was a great experience to go on the set of a big blockbuster movie and watch all the moving parts work. You dream of being on the big screen, and to get a chance to be a part of one, let alone Top Gun, is a dream come true. It means a lot to me, since it’s a chance to be a part of something special. I’m very grateful and I hope and expect for it to lead to more opportunities.

And if you could guest star on any current series on broadcast, cable or streaming, what would it be and why?

Snowfall!! I love everything about the show. It is captivating and leaves you wanting more as a fan. You always want to be a part of a show like that.

Tyler Perry’s Sistas airs Wednesdays at 9 pm/8c on BET and every episode is available now at bet.com and on BET+.