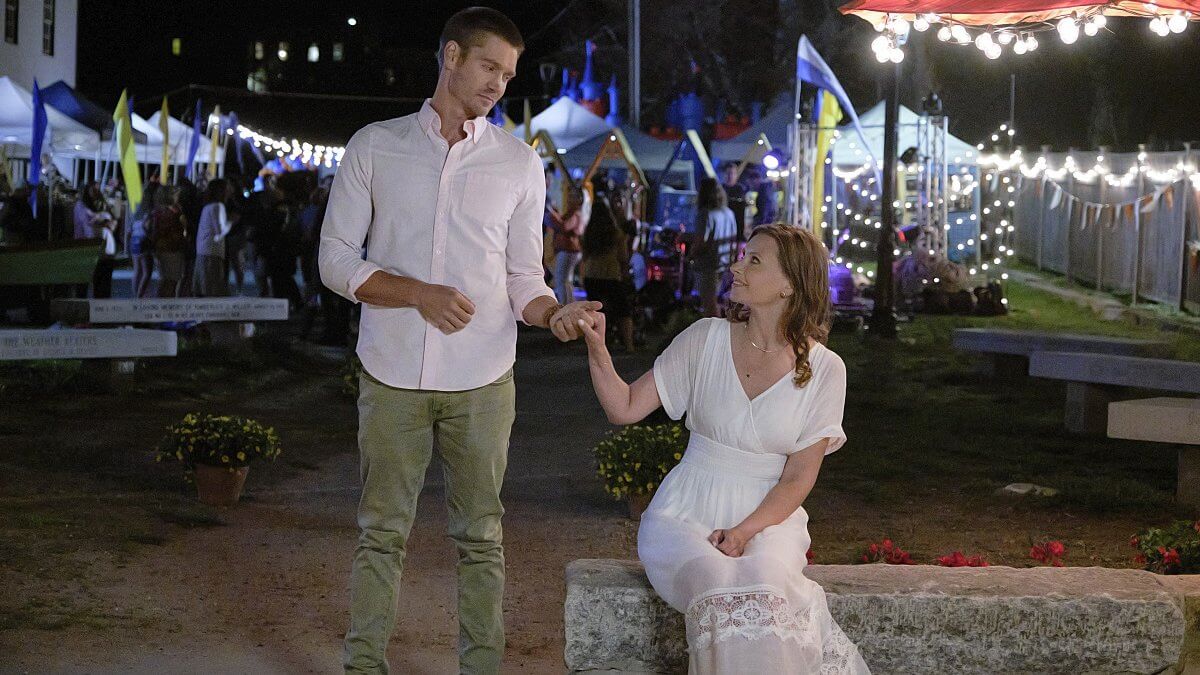 The Connecticut set and filmed story follows resort developer Elli (Michalka), as she arrives in the quaint seaside titular town that’s almost a year past a storm that put a dent in the local tourism. With plans to develop part of the beach into a resort, she brings welcome business and job opportunities but runs into a snag right away when Brody (Murray), who owns the land, isn’t on board with demolishing the pier that sits on it. The pier is also near and dear to his Nana (O’Connor), who owns the B&B where Elli is staying.

That conflict doesn’t stop Nana from a little matchmaking, which then cascades out to matchmaking for the extended family as Elli bonds with Brody’s sister, Pam (Bowen), brother-in-law, Tate (Mark Famigiletti), and niece, Millie (Lily Jane Chachula). Once Ellie starts to see the charm of the town and the pier, she begins working on a way to sell her boss, Hannah (Sandra Santiago), on a compromise.

Brody doesn’t take offense at the job she has to do and instead decides to show her more of their community and bring her more into the fold with his family. Just as he helps her appreciate the history of where they are versus where she’s trying to take the town going forward, she does the same for him. A returnee after trying his hand in the city, he’s long been living in the shadow of his grandfather, and with Elli’s help, he finally realizes he’s more than good enough on his own merits.

Fred Gerber directs a script by Alex Wright based on the book by Nancy Naigle. I love seeing more new-to-Hallmark but familiar fan favorites being brought into the fold, and as good as Murray and Michalka are in their scenes together–and they are really good–I love the scenes of Michalka and Bowen, too. Let’s get Bowen in a romcom of her own, okay?

Sidebar: Neither of the ladies sings in the film but they’re delightful anyway. O’Connor was everywhere during my 70s childhood and it’s lovely to see her here. I’d missed that she had a recurring run on Condor. She’s having a lot of fun here.