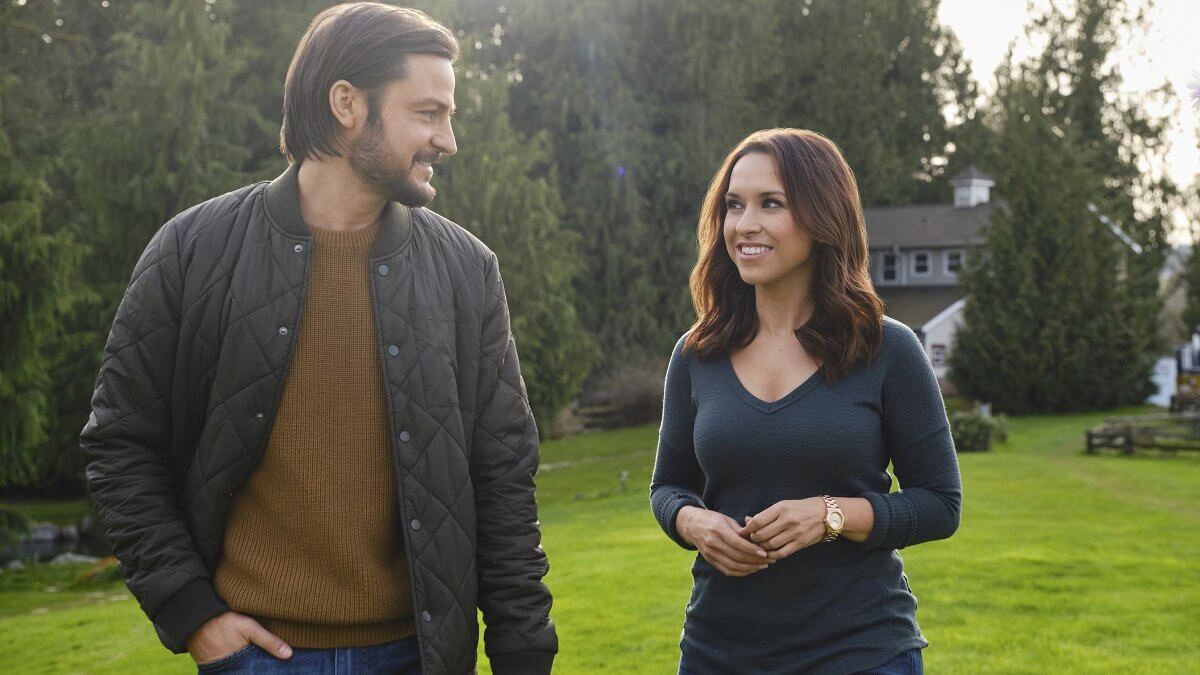 Lacey Chabert has quietly become a Hallmark powerhouse, easily jumping between holiday and holiday-agnostic romcoms and her Crossword Puzzle Mystery franchise. She’s added producer titles along the way, most recently with the currently filming The Wedding Veil that teams her with Alison Sweeney, Autumn Reeser, and Kevin McGarry. This Saturday, she adds writer (following a writer credit on the animated Shimmer and Shine), with a story co-credit for Sweet Carolina, which reunites her with her Winter in Vail co-star, Tyler Hynes, and a full roster of familiar Hallmark faces.

The film breaks out that old chestnut about the least likely sibling being designated to take custody when the other sibling dies. In this case, Chabert is Josie, a New York marketing executive who returns home to North Carolina (hence the title) after the death of her sister and brother-in-law. Their parents (Teryl Rothery and Gregory Harrison) and brother (Jesse Moss) are in for a shock, as is she, when the will is read and she’s suddenly the custodian of her teenage niece and nephew.

That’s the high-level tease. We weren’t able to screen beforehand, so I can’t tell where it falls in the line between feel-good and a tearjerker, but because it’s on Hallmark Channel and not Hallmark Movies and Mysteries, I’m going to assume the former.

Here’s the formal logline from Hallmark:

Upon learning her beloved sister (Christine Chatelain) and brother-in-law (Jason Tremblay) were killed in an accident, Josie (Chabert), a New York City marketing executive, rushes to her small hometown of New Hope, North Carolina to be with her family, who are each reacting differently to this loss. In the midst of grieving, it is revealed that Josie has been named the guardian of her sister’s children, Delilah (Cassidy Nugent) and Ben (Glen Gordon), which affects the family dynamic.

Her father (Harrison) and mother (Rothery) feel it’s best for everyone if the kids stay with them while Josie wants to honor her sister’s wishes but doesn’t know if she’s ready for the challenges of instant motherhood. Josie can’t help but reflect on her past, especially when she runs into her high school ex-boyfriend, Cooper (Hynes), who is also the kids’ basketball coach. Together, they learn that the best families don’t always get it right, but if they lean on each other, their hearts will learn to laugh and love again.

Also look for regular Hallmarkies Donna Benedicto and Nathan Witte in the cast. Aurora Teagarden‘s Peter Benson directs a script by Jonathan Prince and Michael Reisz, based on Chabert’s story with Jonathan Prince.

Sweet Carolina premieres Saturday at 9 pm/8c on Hallmark Channel. Here’s a sneak peek and a look behind the scenes.