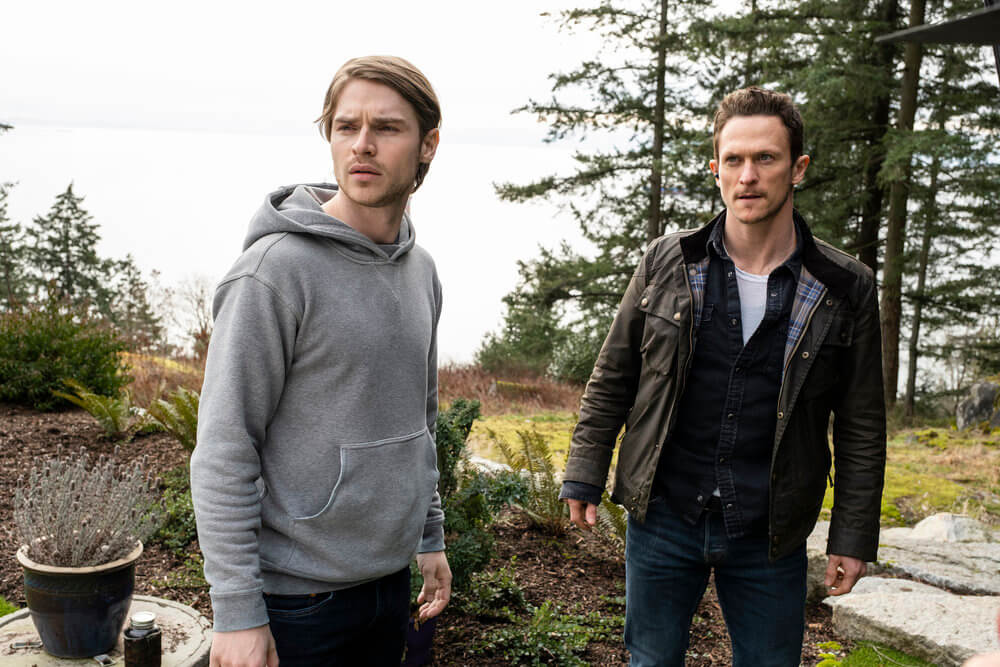 Full disclosure: I never watched Fringe. I know, I know, but I wasn’t in the right headspace to enjoy it in first run and I’ve never sought it out in streaming. I may still get to it. That said, I know Debris showrunner J.H. Wyman has explored the multiverse concept before so he has his own rules. Fully respect that. I cut my teeth on 12 Monkeys so I have a bit of a different rule set in my head. YMMV where you land on things, too.

That’s a prefacing way to say that you may be all in on where we land by the end of this week’s conclusion of last week’s episode. or you might be like me. I have some questions that I hope will be answered, but the episode itself is well done. We flip the POV this week from Bryan and Shelby to Finola and Shelby’s twin, Kathleen (Jessica McLeod), who pick up the mantle of trying to reset the timeline without fracturing the universe.

The Finola doing this isn’t the OG Finola, but the Kathleen and Shelby are ( I think). And then we have to recognize that the Bryan at the end of last week’s episode also wasn’t the OG Bryan. So the question becomes which Bryan and Finola will we get if the reset works? Insert head swimming here.

The episode also explores alternate George and Maddox scenarios, with some alternate Bryan for good measure. It’s a lot to untangle but it all comes down to who the characters are at their core, which opens the discussion of nature vs. nurture. I imagine some folks out there will go back and rewatch both parts back to back to compare/contrast how Bryan and Finola react when presented with the same situation but not the same circumstances that led them there.

Padraic McKinley, who directed part one returns to direct part two, which was written by Wyman and Kyle Lierman. Just two episodes left after this one. Let’s get on with renewing it, shall we?