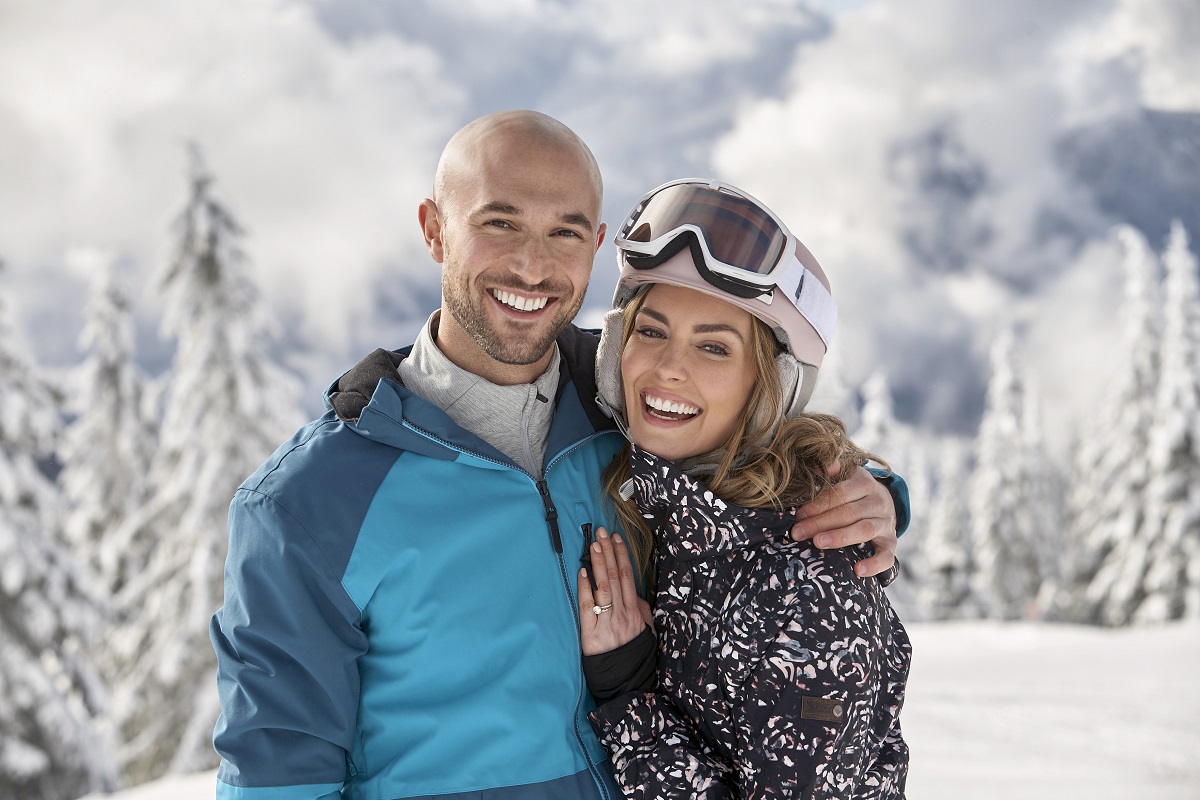 Saturday night on Hallmark Channel, One Perfect Wedding joins the All of My Heart and Father Christmas films in becoming the third in a movie series franchise to cap with a wedding. Following One Winter Weekend and One Winter Proposal, the whole cast returns with a few new additions to celebrate the wedding of Cara (Taylor Cole) and Ben (Jack Turner).

The duo have postponed nuptials once, and as her success as a mystery writer is about to send her on a European book tour and he’s about to head to Asia for his snowboarding company, their time together is fleeting. Initially settled on a courthouse ceremony, plans change again and then the perfect alternative presents itself–return to where it all began.

So they, and Cara’s BFF, Megan (Rukiya Bernard), head back to the mountain. Megan rise to the challenge to deliver a smashing wedding in under a week to distract herself from missing her own true love, Shawn (Dewshane Williams), who’s across the world doing relief work as a doctor, but appears throughout the film via video calls. They’re also joined by Ben’s sister, Zoey (Tedra Rogers), Cara’s dad, Ray (Blake Stadel), and Megan’s mom, Michelle (Lossen Chambers).

And to spice things up, and maybe give a wink to Ruby Herring, there’s a mystery thrown in as the resort is entertaining buyout offers and Cara looks into the namesake Clara who inspired the resort and her long ago marriage that seemed to fade after World War II. What she doesn’t know is that Ben’s also looking at buying the resort to save his Camp Snow charity, and his secrecy becomes a running theme that gives her pause about what their marriage might be.

It’s nice to have the gang back together to wrap one of the romances. It would be even better to make the series a quartet so we can follow up on Megan and Shawn’s romance, too. Gary Yates directs a script by Elysse Applebaum based on a story by series creator Erinne Dobson.