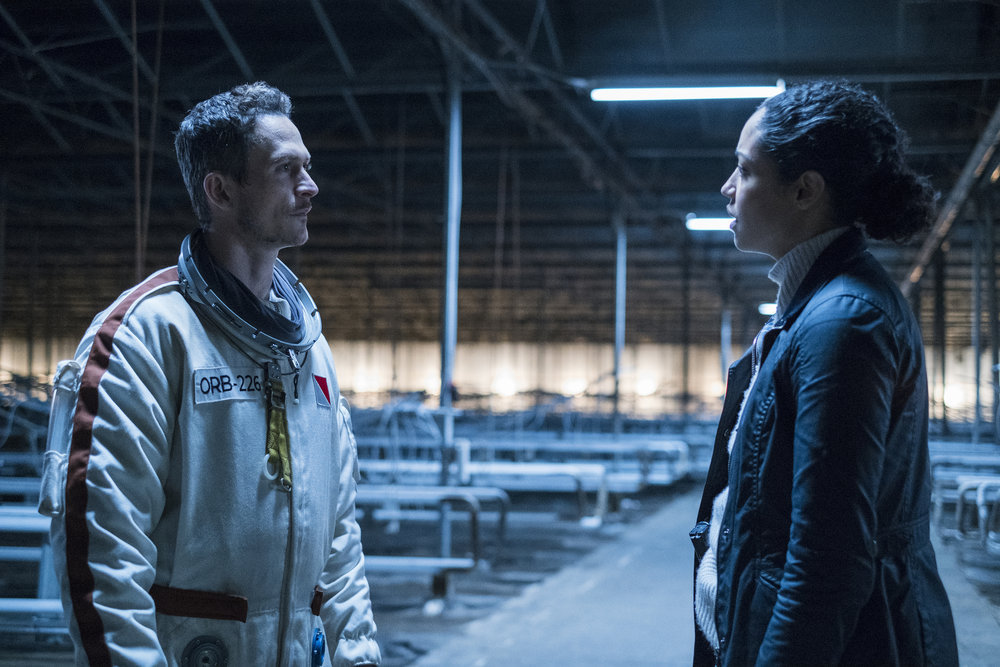 Monday, on the next new Debris, Finola and Bryan’s partnership is tested by differing opinions on the expendability of people affected by the debris, and we dig a little dipper into who he and Maddox are.

The team is called to a farm after the arrival of a piece of debris triggers an atmospheric reversal that converts the air, and automatically rewires the people caught in it to adapt. That’s great for the short term, but not so much for the long term after the debris is contained.

To complicate things even more, the workers include extended family members, so questions of what to do and who to help in service of the greater good get very muddied. Except for Finola. She’s pretty clear on her line in the sand.

Bryan makes a little headway nudging her toward the company thinking until new intel makes her re-evaluate her compass. Bryan is also asked some hard questions about his own past courtesy of field team agent, Beck (another Canadian HITG, Steve Bacic).

And we see a little of Maddox’s home life and meet his wife, Julia (Jennifer Copping), and son, Dario (Christian Rose) and discern that there’s some discomfort there among all parties. Karen Gaviola directs a script by Kyle Lierman and Ryan Wagner.

Debris airs Monday at 10 pm/9c on NBC and then is available on NBC.com and streaming free Tuesdays on Peacock. Here’s a sneak peek