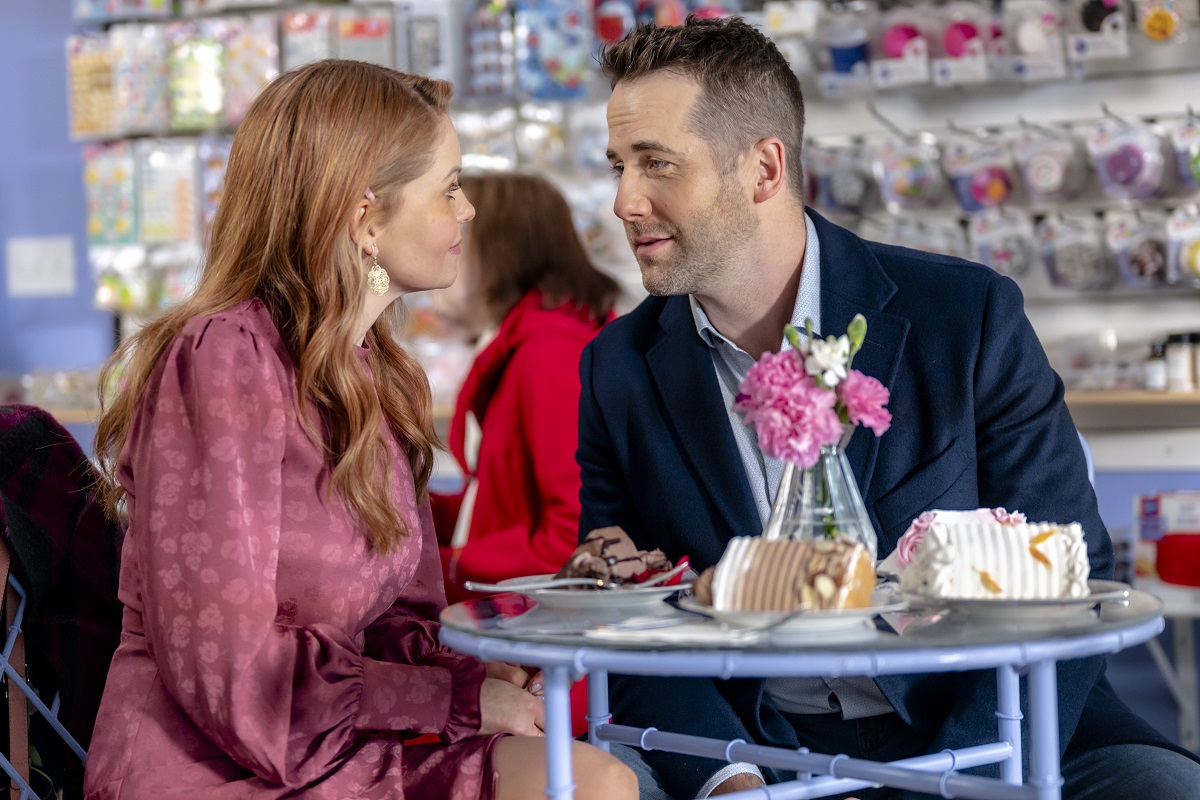 After we had to wait a spell for the last installment of Aurora Teagarden Mysteries, Hallmark Movies and Mysteries is already back with the next one–number 15 if you’re keeping count at home. That’s second only to the retired Garage Sale Mystery franchise, which it’s about to beat, with number 16 already filmed, and number 17 going into production next week.

In How to Con a Con, Ro and Nick are deep into wedding planning and two months out from their big day when Aida inadvertently drops a new mystery into the lap of the Real Murders Club. The club’s been immersed in the true crime story of con artist Sante Kimes, and when Aida’s newest client seems to have been swindled, and then turns up dead, Ro and Nick happily put a pin in their wedding to do list to investigate.

What starts out as a mysterious series of identity theft-originated loans graduates to one murder, and then a couple more, and even Aida finds herself in harm’s way. The whole club gets in on the action, intrigued by the similarities to their case of the month and emboldened to avenge the attack on Ro’s beloved mama.

There’s also a little time in there for Ro and Nick to take a step back and make sure the wedding they’re planning is the one they both actually want. It’s another twisty, turny, fun mystery, and it feels like these are still just getting better and better with each successive story. They’ve got a formula and ensemble cast that work really well. So glad there are two more coming behind this one.

Aurora Teagarden Mysteries: How to Con a Con premieres Sunday at 8 pm/7c on Hallmark Movies and Mysteries following a repeat airing of The Disappearing Game at 10 pm/9c on Saturday and an all-day movie marathon that begins at 10 am/9c. Here’s a sneak peek.