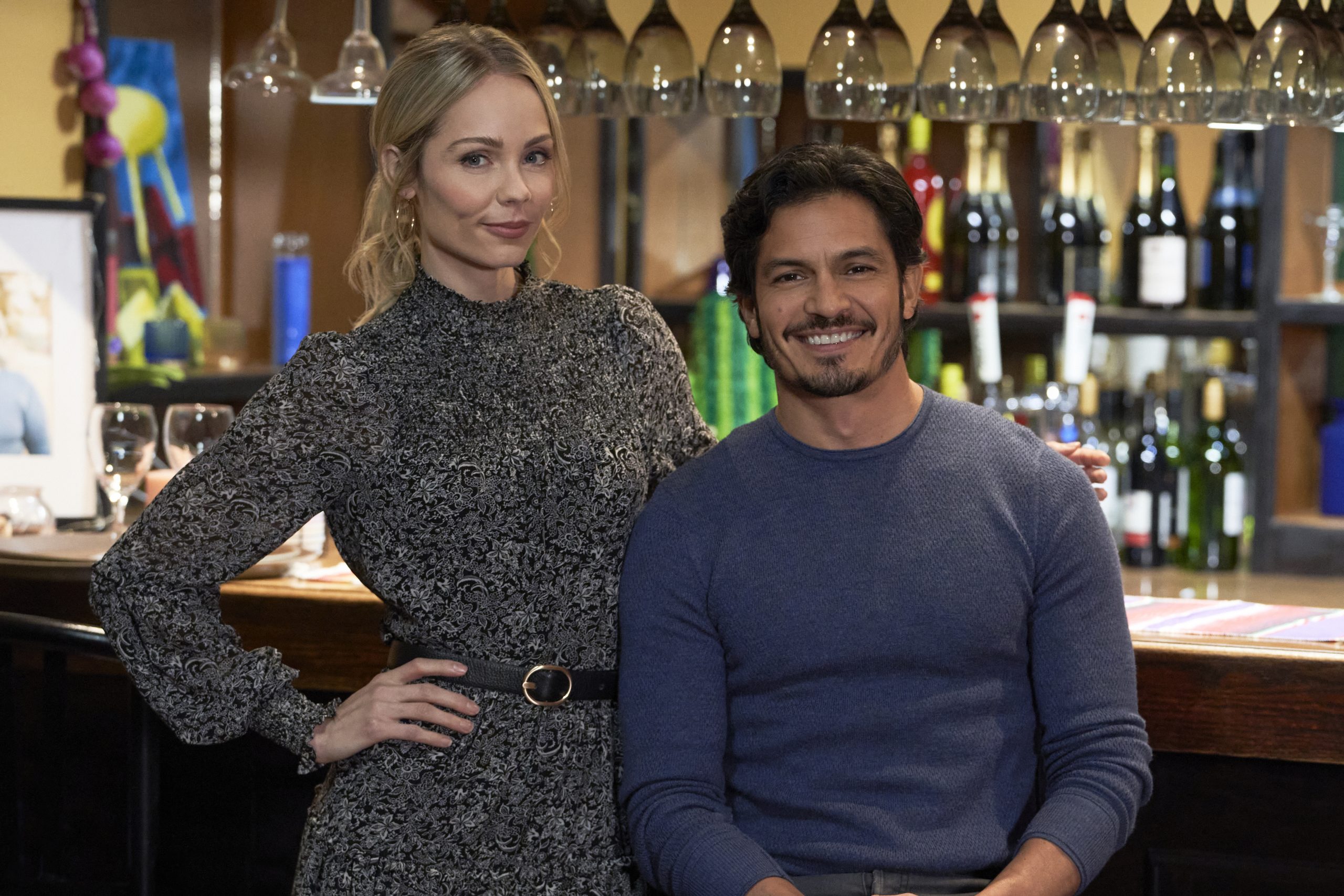 Set in the halls of Austen Middle School, a newly single middle-school teacher is covertly set up with a divorced dad after his daughter – one of her students – begins a matchmaking business for a school project she assigned her class. Photo: Laura Vandervoort, Nicholas Gonzalez Credit: ©2021 Crown Media United States LLC/Photographer: Luba Popovic

Hallmark Channel has a little fun with Jane Austen’s Emma Saturday night with Playing Cupid, the network debut for both Laura Vandervoort and Nicholas Gonzalez. In the film, directed by David Weaver and written by Nina Weinman (based on the book by Jenny Meyerhoff), Vandervoort is Kerri, a teacher at Austen Middle School and Gonzalez is David, the father of one of her students.

They meet cute when she breaks up with her boyfriend in his restaurant without realizing her student, Clara (a very good Mia Quaranta De La Rosa in her first film) is his daughter. She finds that out under less friendly circumstances when he questions her methods for a class project.

Assigned to create a start-up, Clara settles on a matchmaking service, and what’s at first sort of a cute idea actually takes off. David, who isn’t busy enough as a single dad running a restaurant while his ex-wife is out of state, is also running the PTA.

He finally realizes he does need a hand, and when he seeks volunteers for a fundraiser, and When Kerri needs mentors for her students her BFF, fellow teacher Marnie (LaTonya Williams), nudges them to team up and trade labor. As Clara starts to work her talents, they spend more time together and start to actually enjoy each other’s company.

It’s a really sweet, fun, and light movie for the holiday weekend, and with Clara as much a main character as Kerri and David, it’s also extremely family friendly. I loved Vandervoort and Gonzalez together, and both are long overdue to come play here, so I hope we see more of them.